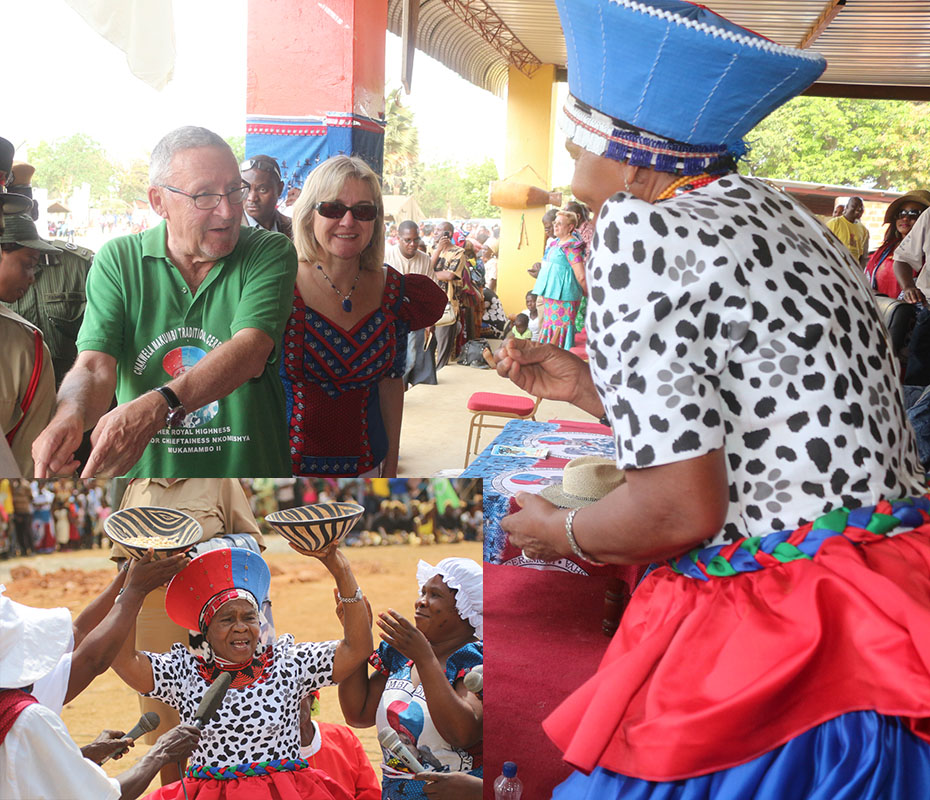 ARTHUR MWANSA, Chongwe
VICE-PRESIDENT Guy Scott says Government has embarked on a comprehensive campaign to document traditional ceremonies through the use of mass media in order to preserve Zambiaâ€™s cultural heritage.
Dr Scott said this on Saturday when he officiated at the Chikwela Makumbi traditional ceremony of the Soli people of Senior Chieftainess Nkomeshya Mukamambo II of Lusaka Province.
â€œGovernment is carrying out a very comprehensive campaign to preserve traditional ceremonies through the use of mass media. We want our people to preserve and promote the heritage and culture of our country,â€ Dr Scott said.
He said Government regards traditional leaders as custodians of peace and stability.
Dr Scott is also concerned about the increase in cases of child marriage because the vice is depriving young people, especially the girl child, of an opportunity to grow into responsible adults.
â€œI am, however, happy that the chief has been in the forefront to fight child marriage in this area and I can only call on her to continue,â€ he said
He also said Government is committed to sustaining the Farmer Input Support Programme (FISP) and that 17,770 farmers will this year benefit from subsidised inputs.
And Chieftainess Nkomeshya said celebrating the Chikwela Makumbi traditional ceremony is significant in that it accords her subjects an opportunity to gather and pray for their ancestors to bless them with good harvest.
â€œThis ceremony brings us together to pray for our descendants so that as we enter the new planting season, the Lord Almighty can provide us with abundant rainfall in order to sustain our livelihood,â€ Chieftainess Nkomeshya said through senior headman Maoma.
She commended President Sata and his administration for embarking on many development projects in her chiefdom.
â€œThis chiefdom has benefited greatly from the many development initiatives the Patriotic Front government is undertaking. We have benefited from infrastructure development such as schools and the road network,â€ she said.
The ceremony was attended by hundreds of people, including Minister of Health Joseph Kasonde, MMD president Nevers Mumba, United Party for National Development (UPND) vice-president Canisius Banda, National Restoration Party (NAREP) president Elias Chipimo Jr, Matero member of Parliament (MP) Miles Sampa and Chief Madzimawe of the Ngoni people of Eastern Province.
Others were Chief Mukuni, Chongwe MP Sylvia Masebo, Lusaka mayor Mulenga Sata and former PF secretary-general Wynter Kabimba.