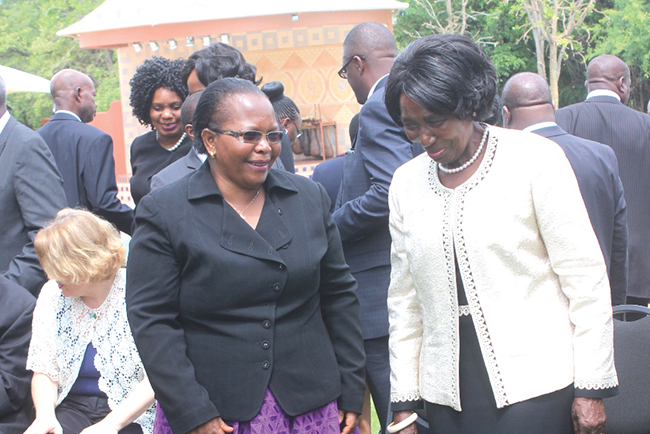 NANCY MWAPE, Livingstone
PRESIDENT Lungu says Government has taken measures to improve the delivery of justice and make its cost cheaper by ensuring that the poorest individuals in society have access to it.
Mr Lungu said this is in recognition of upholding the independence of the judiciary and improving on access to justice.
He said Government has taken progressive steps to take to Parliament the Constitution of Zambia Bill which proposes, among others things, to establish a constitutional court and a court of appeal.
â€œIt also proposes to introduce specialised division of the high court to improve the delivery of justice and make the cost of justice cheaper.
â€œOur goal is to ensure that even the poorest of individuals in our society can have access to justice,â€ he said in a speech read by the Vice-President Inonge Wina.
President Lungu said this in Livingstone yesterday during the 2015 judicial conference under the theme: â€œEnhancing transparency, efficiency and accountability in the judiciaryâ€.
Mr Lungu said the proposed provisions will help in the speedy disposal of cases and enhance efficiency of the judiciary.
He said the protection of citizens through judicial review against any abuse of public power is a cardinal feature of a society governed by the rule of law.
He said the independence of the judiciary is the surest safeguard of the rule of law and called on judicial officers to observe and uphold the highest level of integrity to instil public confidence in the judiciary.
â€œWhen we assumed power in 2011, we introduced policy measures aimed at making justice affordable and accessible to the poor.
Government is anxious to improve service delivery to meet the aspirations of Zambians and drive the nation to greater prosperity as promised in 2011,â€ he said.
Mr Lungu said this can only be achieved if the three arms of Government are transparent, efficient and accountable.
He assured Zambians of Government commitment to governing the country based on the rule of law, which is the bedrock of any democratic society.
And the United Nations resident co-ordinator Janet Rogan said as the nation enters an election year, judicial independence must be preserved.
Ms Rogan called for speedy action on the revision of the Public Order Act to better serve the right to freedom of expression and assembly.
â€œThe police have a responsibility in this, as do the media and all political parties. This can be seen as an element of independence of the judiciary as well as its ability to provide a service to rights-holders, who include media, political parties and even the electorate themselves,â€ she said.
Chief Justice Irene Mambilima said the judiciary anticipates increased demand on the court systems considering that next year is an election period.
Judge Mambilima said the judiciary remains resolute in improving delivery of justice and has since increased criminal sessions.