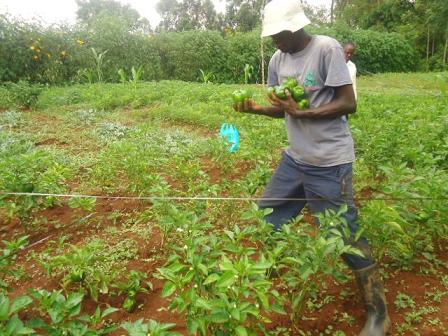 NANCY SIAME, Lusaka
GOVERNMENT, in partnership with Heifer International Zambia, has distributed over 4,000 animals to women clubs in Mwansabombwe to alleviate poverty in the area.
Mwansabombwe Member of Parliament Rodgers Mwewa said each woman has been given six cattle and other animals to help them sustain themselves and their families.
Mr Mwewa said in an interview that the women have also received chickens and goats as these are not difficult animals to rear.
â€œThe animals distributed include 2,600 chickens, 2,300 goats and 40 cows and 40 more are yet to be distributed,â€ he said.
He said a project to construct a dip tank in Kakosa ward where most of the animals are, has since started to help combat animal diseases while more dip tanks will be constructed in other areas so that animals can be kept healthy and disease-free.
The aim of the project is to empower women to help them become financially stable through rearing animals which they can use for business.
Mr Mwewa said this is the first phase of the project and more beneficiaries are expected to benefit under the second phase which will be in November.
â€œWe want each woman to be empowered and what we have done is when those goats given to the first group give birth, the kids will be given to other women until all the women in Mwansabombwe have at least one goat,â€ Mr Mwewa said.
He said Government, with the help from stakeholders, is determined to ensure that citizens, especially those in rural areas, are empowered so that they can be financially stable to support themselves and others instead of waiting for Government all the time.