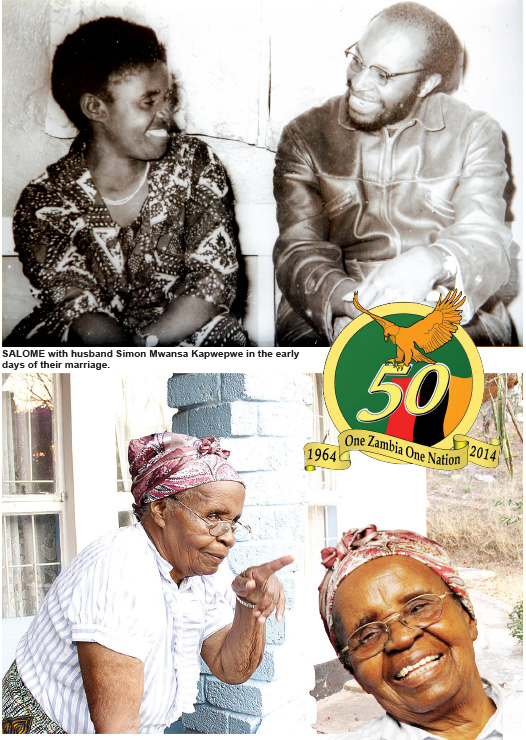 NANCY SIAME, Lusaka
PRESIDENT Lungu has declared a State funeral for veteran freedom fighter Salome Kapwepwe in recognition of her distinguished service to the nation.
The President has also declared three days of national mourning in honour of Mrs Kapwepwe.

The national mourning will run from Thursday, May 11 to Saturday, May 13, 2017, when burial is expected to take place.
This is according to a statement issued in Lusaka last evening by Secretary to the Cabinet Roland Msiska.
Mrs Kapwepwe is widow of Zambia’s post-independence second Vice-President in the UNIP administration Simon Kapwepwe, who died in 1980.
“Mrs Kapwepwe died today [yesterday] at her Kasembo farm in Chinsali, Muchinga Province. She is survived by six children, 13 grandchildren and nine great grandchildren,” Dr Msiska said.
The funeral of Mrs Kapwepwe is being held at her farm in Chinsali.