IT IS gratifying to hear that Government has released K100 million to pay farmers for the maize they supplied to the Food Reserve Agency. This follows the release of K150m recently.
This leaves an outstanding amount of slightly over K600 million and we hope with only a few weeks to the end of the planting season, the balance will be disbursed as soon as possible.
Agriculture in this country takes a central place because it ranks second to copper as the countryâ€™s mainstay of the economy and we urge Government to maintain a good relationship with farmers by paying them on time.
We know that Government, in an effort to have a food-secure nation, went way beyond the planned threshold and bought far above its target and we say this is commendable.
We recognise that the measure was done in good faith and as a way of taking advantage of the last seasonâ€™s biggest harvest of 3.4 million tonnes against the national annual requirement of three million tonnes.
It is also noteworthy that Government plans to increase the annual maize production to four million tonnes following the increase of farmers who are on the Farmer Input Support Programme.
Such plans can propel farmers to produce more but we suggest that Government should put in place measures that will encourage farmers to make the government plans a reality.
We are all aware that the payments to farmers this year took long.Â  We sympathise with farmers because we know how delays in payments can adversely impact on their preparedness for this farming season.
We also sympathise with Government for failing to pay the farmers on time. It has many other financial obligations to meet.
However, we want to urge Government to avoid a repeat of such delays in future. Any delays in paying the farmers firstly affect their ability to meet their personal obligations.
It is a fact that most of the farmers who supply maize to the Food Reserve Agency have no other means of eking out a living. They depend on the sale of their produce to send their children to school and meet their household needs.
The early payment of farmers further enables them to get their inputs ready for the season as well as to acquire or repair some of their equipment.
When the farmers are paid for selling their produce on time, Government will prevent unscrupulous businessmen from invading the farming communities to buy the commodity at give-away prices because they have ready cash to pay
Some of the farmers have to hire labour and they cannot do so if they have no money to pay the hired hands.
The delays that have been experienced this year should help government and especially, the technocrats, draw lessons and come up with workable solutions that will prevent a repeat of the delayed payments.
The farmers need to be inspired and we know that this can be an incentive to make Zambia food secure in the region, given the fair amount of rains the country normally receives.
Farmers need Government protection at all times as this will be a further motivation to their producing more maize so that the staple food is easily available and prices are kept at a minimum for the consumers.
We urge Government to maintain a good relationship with the farmers so that our country takes the fight against hunger to higher levels. 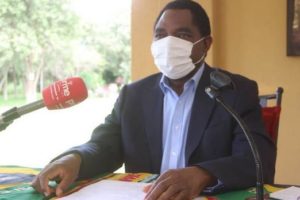