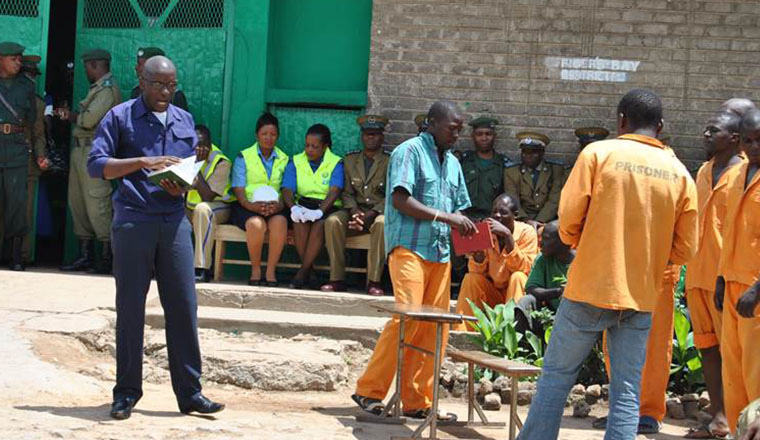 LINDA NYONDO, Lusaka
GOVERNMENT is commi t ted to establishing a sustainable human correctional service system, Minister of Home Affairs Davies Mwila has said.
Mr Mwila said Government is training prisoners in various skills and having them certified by the Technical Education, Vocational and Entrepreneurship Training Authority (TEVETA).
â€œWe hope these men and women will be recognised by those quasi Government institutions so that this labour force does not go to waste, which will be tantamount to wastage of Government resources,â€™â€™ Mr Mwila said.
Speaking during the launch of the Prisoner Correctional Day on Zambia National Broadcasting Corporation (ZNBC) television on Wednesday, the minister said Government is ready to work with partners who are running programmes meant to uplift the livelihood of the less privileged community.
He called on faith-based organisations and other institutions to partner with Government in realising the dream of turning prisons into training grounds for the labour market.
Mr Mwila said programmes which Government is running in prisons are meant to empower people who are incarcerated.
He said Government is working hard to ensure that inmates are not only given skills, but also start-up packages.
Mr Mwila said Zambians should reflect on the way they treat prisoners as people prepare to celebrate the 51st independence anniversary.
He said the independence which the ancestors fought for was for all Zambians, including those in prison.
â€œIn trying to energise the efforts of the prison service to perform its mandate, Government has taken bold steps to uplift the status,â€™â€™ Mr Mwila said.
He also said Government has opened new prisons and that the construction of other prisons has reached an advanced stage.