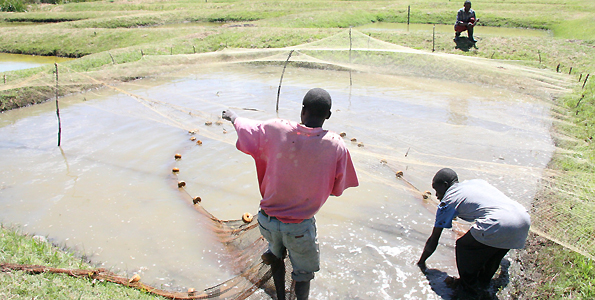 TRYNESS MBALE, Lusaka
GOVERNMENT says it will provide necessary training in fish rearing to encourage more farmers to venture into aquaculture to meet the countryâ€™s protein demand.
Deputy Minister of Agriculture and Livestock Luxon Kazabu said Zambia, which requires about 156,000 tonnes of fish annually, only produces less than 120,000 tonnes a year.
Mr Kazabu said in an interview recently that Government is encouraging fish farming among the rural population, particularly those in fishing communities.
â€œGovernmentâ€™s decision to embark on fish farming will ensure that many of our farmers especially in rural areas where there are abundant water resources like Luapula, Muchinga and Western provinces venture into fish farming. Currently, we are producing less than 120,000 tonnes but we require about 156,000 tonnes annually,â€ he said.
He said Government will help individuals who will venture into the sector with the necessary skills such as extensions services, placing of cages and construction of ponds which is the basic way of fish farming.
â€œWe are happy to state that a number of our people are taking up the challenge of growing fish,â€ he said.
Currently, Zambia produces 85,000 tonnes of fish per year against an estimated demand of 145,000 tonnes, with about 6,000 tonnes of fish being imported annually from India, Zimbabwe, China and other countries.
Mr Kazabu has identified the agriculture sector as a key area that will contribute to job creation as well as reduce poverty levels in the country.
He said Government will create an enabling environment in agriculture for the private sector to fully participate in its growth, particularly among small-scale farmers. 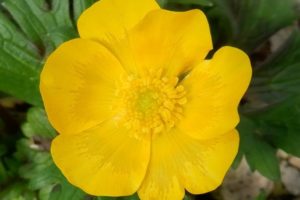 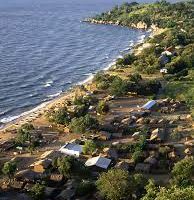 Malawi stands to benefit from trade opportunities offered by the AfCFTA in the post-COVID-19 era, says ECA’s Karingi