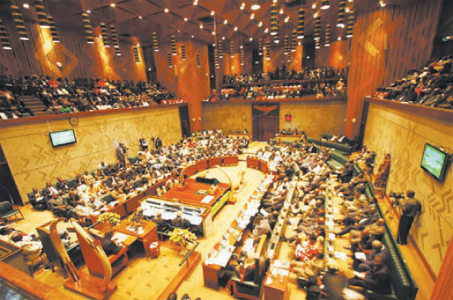 ANGELA CHISHIMBA, Lusaka
GOVERNMENT has been cautioned to channel the Eurobond proceeds to targeted projects to ensure that the country does not fall back into the debt trap, Jesuit Centre for Theological Reflection (JCTR) has said.
JCTR is concerned that the country accrued US$4.7 billion in less than one fiscal year.
The debt has increased to US$4.7 billion as at end-September from US$3.5 billion last year.
JCTR media and information officer Mwiinga Shimilimo said in an interview, â€œThe debt that the country had accrued from 1972 to 2000 was US$6.8 billion, but this was over a period of over 20 yearsâ€¦We are concerned that this US$4.7 billion has been accrued in [less than] one fiscal year,â€ she said.
Ms Shimilimo, however, hoped that the debt would be used for infrastructure development in the social sector which includes health and education.
Other suggested areas include manufacturing industry, â€œto create employment for the middle class and provide decent incomeâ€.
Ms Shimilimo said if the country exceeds the debt limit, this would have an effect on sustainable development.
â€œIf this happens, the poor, whom we speak for, will get even poorer,â€ she said.
In a separate interview, Private Sector Development Association (PSDA) chairperson Yusuf Dodia said the current accrued debt entails that the country is at a level of US$2 billion below the level the country had reached the time of the financial crisis.
â€œThis is the period when people were queuing up for commodities such as cooking oil, soap and others. We are dangerously approaching that critical level of debt,â€ he said.
Mr Dodia is concerned that of the US$1 billion Eurobond, US$700 million was still in the Bank of Zambia account instead of channelling it to projects such as the rehabilitation of the 442 kilometre railway line from Livingstone to Chingola.
He said the interest on the debt is higher than sectors such as health which have been allocated K4.46 million in the 2015 national budget.
Mr Dodia said the country should be careful with accruing more debt because the current one is bigger than the 2015 national budget. 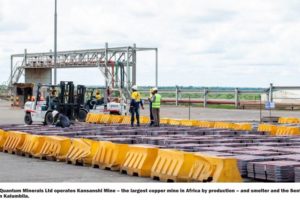