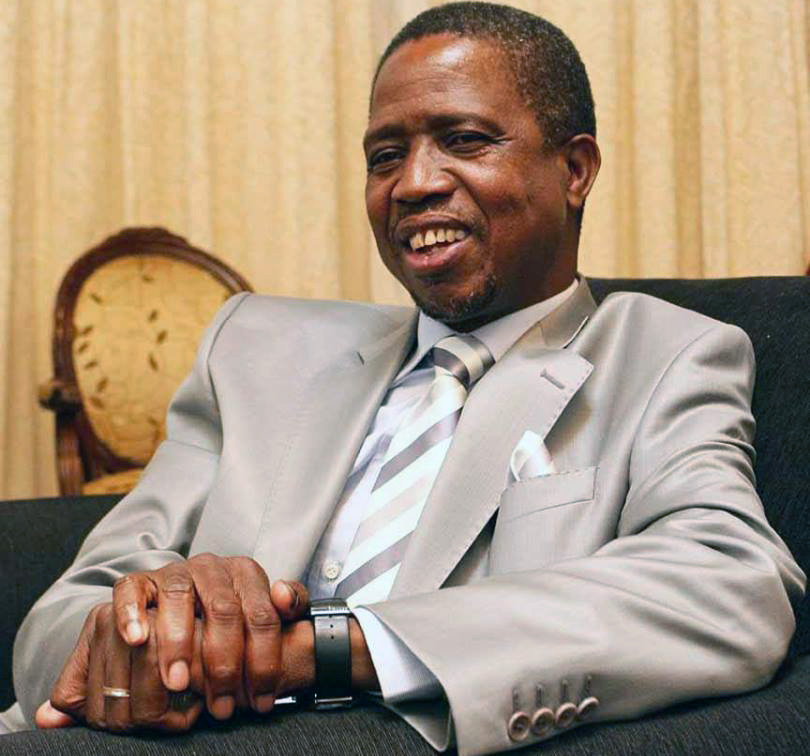 CHIMWEMWE MWALE, Luwingu
PRESIDENT Lungu has given farmers more reason to be happy with an announcement yesterday that Government would buy more maize from them than the targeted 500,000 metric tonnes for national strategic reserves.
There have been appeals from farmers across Zambia for Government, through the Food Reserve Agency, to buy more maize from them.
Mr Lungu said more funds will be provided to ensure that maize is bought from all the farmers. He said the maize can be exported because there is a market for the grain in neighbouring countries.
The President said this here yesterday during a campaign rally at Ndoki Primary School grounds to drum up support for Patriotic Front (PF) Lubansenshi parliamentary candidate George Mwamba in the September 24 by-election.
Other contestants in the by-election are independent Charles Chimumbwa, Gabriel Mulenga of the MMD, Rainbow Party candidate Daniel Mubanga and United Party for National Development (UPND)â€™s Patrick Mucheleka.
â€œDo not be deceived by people who are telling lies that we will not buy the maize from you farmers. We will continue buying the maize even after we have bought the 500,000mt for the reserves. The 500,000 is just for reserves,â€ Mr Lungu said.
The President also instructed Northern Province Minister Freedom Sikazwe to ensure that vulnerable people start benefitting from the social cash transfer scheme.
â€œThe social cash transfer scheme will come here for vulnerable people like the aged.
â€œPeople from here have not benefitted from the funds which must be accessed by the vulnerable in society,â€ he said.
And President Lungu has directed police in Luwingu to arrest anyone perpetrating violence during campaigns.
He said violence must not be tolerated because it is retrogressive.
â€œSo police must not hesitate to nab anyone involved,â€ Mr Lungu said.
And Mr Lungu urged the people of Lubansenshi to vote for Mr Mwamba as he will work closely with him to deliver development to the area.
He said the Ndoki-Munungwa road and Ndoki health post among other infrastructure will be given priority once Mr Mwamba is voted into office.
â€œGive a vote to someone who will remind me about the challenges you are facing. Do not be cheated by people claiming that they will deliver development which they failed to deliver since 2011,â€ he said.
He urged the party leadership and members in the constituency to work together and stay united for the ruling party to emerge victorious in the by-election.
Earlier, several residents in Ndoki area jostled to catch a glimpse of the head of State as his chopper touched down and later when he was being ushered to the school grounds where he addressed a huge rally.
The President is accompanied by PF deputy secretary general Mumbi Phiri, deputy ministers of Finance and Lands Christopher Mvunga and Davies Mwango, respectively.
And Mr Sikazwe said the people of Luwingu are grateful for President Lunguâ€™s visit to the district and that it demonstrates that he is a national leader.
Mr Sikazwe urged the people of Ndoki, to vote for Mr Mwamba because he is committed to developing the area by addressing various challenges in Lubansenshi constituency.
â€œAmong the challenges we have, we need more nurses at Ndoki where a house has been turned into a health post. We also need to address the challenge we have with the communication tower and build the roads.
PF deputy Secretary General Mumbi Phiri urged the people of Lubansenshi to vote for Mr Mwamba as he will work closely with President Lungu to deliver development to the constituency.
And President Lungu also addressed multitudes in Luwinguâ€™s Shimumbi are, where he assured the newly gazetted Chief Shimumbi that Government would construct a new palace for the traditional leader.