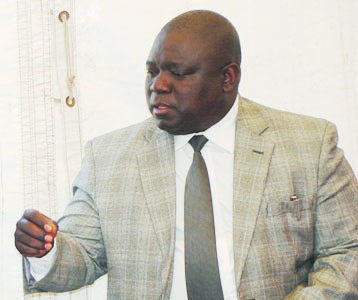 CHRISTINE CHISHA, Lusaka
MINISTER of Transport, Works, Supply and Communications Yamfwa Mukanga has directed the Road Transport and Safety Agency (RTSA) and Zambia Police Service to ensure goods and people are not transported in open trucks to avoid accidents.
And the minister has also directed RTSA to ensure that unlicensed drivers are not allowed to drive.
Mr Mukanga said a number of accidents would have been avoided if police and RTSA had worked together to ensure that goods and people are transported in safer motor vehicles.
Speaking in an interview, Mr Mukanga said the Kafue and Mazabuka road accidents in which 22 people died last week would have been avoided if police and RTSA had been pro-active.
Mr Mukanga has also directed RTSA to ensure that roads countrywide have proper and visible road signs and demarcations.
â€œIt is a pity that both the police, RTSA and city councils have gone to sleep and do not inspect or ensure that road signs are visible for both motorists and pedestrians,â€ Mr Mukanga said.
The minister said some areas have big billboards which block road signs from motorists and pedestrians.
Mr Mukanga directed RTSA and municipalities to conduct spot checks to identify billboards that threaten road safety.
He said municipalities should ensure that all billboards are strong and are not an obstruction.