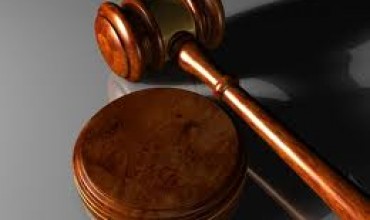 CHALI MULENGA, Livingstone
THE Livingstone Local Court has heard how a 25-year-old sexually starved husband caught his wife having sex with another man in one of the shops at the market.
Kabeta Mutukwa said the incident happened around 21:41 hours when he caught his wife Tamara Mwanza with her lover in the act.
Mutukwa was narrating in a case in which he sued his wife Mwanza of house number B42 for divorce. Bride price was paid.
â€œShe has been denying me conjugal rights claiming she has been having prolonged menses, so she usually wears shorts to bed. I donâ€™t think that was true monthly cycle,â€ he said.
He said he tried to seek counsel from elders from both families but that nothing helped reconcile the couple.
â€œBefore I caught her with her lover, I received a phone call from a stranger who told me that he had been to my house nine times. The stranger described the set-up in my house including my bedroom. I confronted my wife but she said the same person had also called her,â€ he said.
He said when he confronted the wife on the text messages he found on the phone, she began to cry and confessed.
And her in statement told the court that the two were simply boyfriend and girlfriend as the man was just the father of her child.
And Tamaraâ€™s grandmother, Florence Mwanza said the two were not married and were just cohabiting.
â€œThey were simply boyfriend and girlfriend, it is fine that their relationship should be dissolved,â€ she said.
In passing judgment Principle Magistrate Harrison Kabwenga, said women must respect marriage as it was an important institution.
â€œYou should not be selling your body to other men when you are married, it is a disgrace. This court will grant you divorce. Tamara, you will have to be paying Kabeta K150 as maintenance until he marries,â€ he said.
The magistrate said the judgment should serve as lesson to other people who would want to misbehave and not take their marriage seriously.