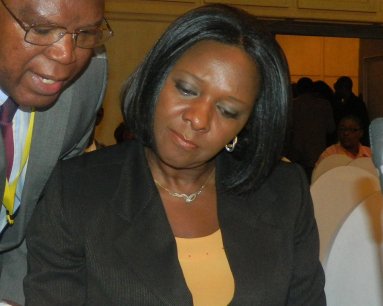 KELVIN CHONGO, Lusaka
PRESIDENT Lungu has directed the Industrial Development Corporation (IDC) to immediately review and re-constitute boards of all its subsidiary companies to realign them with the industrialisation and job creation agenda as set out in the Patriotic Frontâ€™s (PF) manifesto.
This is according to a statement issued in Lusaka yesterday by special assistant to the President for press and public relations, Amos Chanda.
President Lungu, who is the IDC board Chairperson, said the key objectives of the IDC as approved by the board meeting held yesterday is to improve and realise value of Government investments in state-owned enterprises (SOEs).
The President said the objective of the IDC is to improve management and strategic orientation to undertake industrialisation and diversification of the economy including rural development through creation of new industries.
He also tasked the IDC to partner with private enterprises with high growth potential, thereby creating opportunities and capacity development.
Mr Lungu also said the objective of the IDC is to mitigate the financial burden of supporting SOEs away from the Treasury through improved viability and sustainability.
The President also said the IDC will be required to contribute towards accelerating job and wealth creation, alleviation of poverty among the people and economic growth by investment in areas and sectors where the private sector may have challenges.
He said the objective of the IDC is to promote the participation of women and youths in viable green projects through strategic partnership and projects.
President Lungu also said that the IDC must engage its subsidiaries to align their strategic thrust and direction to Governmentâ€™s industrialisation and job creation agenda, monitor conformance and performance in pursuance of growth, profitability, and sustainability.
â€œThis will be in addition to the need to promote sound corporate governance.
Accordingly, the IDC will immediately review and reconstitute the boards of its subsidiary companies. The IDCâ€™s priorities and interventions will target sectors that have a comparative advantage and in which labour intensive activities can be most effectively used to expand output,â€ President Lungu said.
He the IDC board has prioritised its interventions in the four growth sectors that include agriculture, infrastructure, manufacturing and tourism.
â€œFollowing the share transfer, all line ministries will now focus on policy making thereby giving IDC direct mandate and authorisation on behalf of Government to oversee performance and accountability of these SOEs,â€ Mr Lungu said
He also said that IDCâ€™s oversights responsibilities include all aspects of governance, commercial, financing, operational and all matters incidental to the interests of the State as shareholder.
â€œThe corporation is a tool to enhance domestic capital formation, wealth creation and preservation by focusing on exploiting our countryâ€™s advantages in natural resources and actively developing industries and enterprises to create jobs,â€ Mr Chanda said.
Meanwhile, Minister of Commerce, Trade and Industry Margaret Mwanakatwe has said the IDC will review capacities of each SOE to enable Government find ways of supporting them depending on their capacities.
Mrs Mwanakatwe said, however, that the IDC is meant to make these firms more efficient and profitable.
She said in an interview that IDC will raise capital to support these institutions and that more support will be rendered so that they can become efficient.
Mrs Mwanakatwe said this is the reason why the SOEs will not be included in the national budget starting next year because IDC will ensure that they become efficient and profitable.
â€œWe want to make these firms more efficient and profitable. This is why we have moved the shares to IDC,â€ she said.
And Mr Chanda said the editorial policies of the Zambia Daily Mail and Times Printpak Zambia whose shares have been transferred to the IDC remain the same.
â€œThe editorial policy of media institutions whose shares have been moved to IDC is not going to change but remain the same,â€ he said.
Mr Chanda also said the Ministry of Information and Broadcasting Services will continue to oversee the editorial policy of media institutions just like the Ministry of Mines, Energy and Water Development will continue to oversee the energy policy.
â€œIDC is just a holding company. It is just the shareholding that has moved from the Ministry of Finance to IDC,â€ he said.
Mr Chanda said in a separate interview that IDC will bring about the spirit of hard work in the SOEs and ensure that they are result oriented.
On Wednesday, Government announced that it has moved shares of 29 SOEs to IDC.
And Private Sector Development Association (PSDA) chairperson Yusuf Dodia commended Government for transferring shares of the 29 SOEs to IDC.
Mr Dodia said this will ensure that the SOEs become accountable to the people and to operate efficiently.
â€œParastatals that fall under Government only tend to wait for the national budget for their funding. But IDC will ensure that all these companies are reviewed in terms of their performance,â€ he said.
Mr Dodia said IDC will build capacity and ensure that all the SOEs are performing.
â€œFrom the outside, none of us can tell that such a parastatal is non-performing but with the coming of IDC all non-performing companies will be known and appropriate action will be taken by Government,â€ he said.
Mr Dodia said the SOEs have to perform to raise their own revenue because they will no longer be provided for in the national budget.