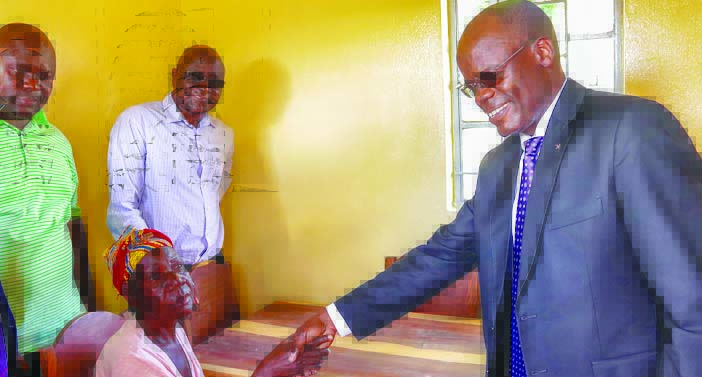 NOMSA NKANA, Lusaka
DESPITE being ranked among the most urbanised countries in sub-Saharan Africa, with 44 percent of the population in a few urban areas while rural areas remain sparsely populated, Zambia still faces a problem with decent housing.
Currently, it is estimated that Zambia’s existing housing stock stands at around 2.5 million houses catering for about 16 million people. According to the latest World Population Review, Zambia is said to have a deficit of 2 million houses, meaning families and people overcrowd the existing housing structures.
According to figures from the Centre for Affordable Housing Finance Africa (CAHF), out of Zambia’s 2.5 million housing stock, 64 percent is traditional housing, while 36 percent (or about 800,000 units) is urban housing.
CAHF indicates that about 28.5 percent of the urban housing is detached housing (single units); while 20 percent is traditional housing and 21.5 percent is improved traditional huts, mostly in the rural settings.
The situation is quite dire because the country is likely to face a looming housing deficit of 3.3 million by 2030 if nothing is done.
It is against this background that Standard Chartered (StanChart) Bank Zambia Limited, in partnership with Habitat for Humanity, MMI Steel and Lafarge Cement, has committed to provide vulnerable women with decent housing in targeted communities.
Earlier in the year, the bank sponsored K200,000 towards the Habitat for Humanity Annual Women’s Build project to empower disadvantaged women in Bauleni Township.
The annual Women’s Build project empowers vulnerable women in some of the poorest, disadvantaged communities across the country.
Most of the female-headed households are often occupied by widows living in deplorable conditions, often caring for orphaned grandchildren.
These families tend to live in cramped, over-crowded homes, with poor ventilation and sanitation.
During the handover ceremony of four houses in the township, StanChart chief executive officer Herman Kasekende said poor housing continues to pose a huge challenge for many Zambians, with female-headed households being particularly affected.
Mr Kasekende said this is why the bank has partnered with the three organisations to empower eight disadvantaged women with the gift of decent shelter this year.
He said the gesture has been done so that vulnerable Zambian women can raise their families in acceptable conditions and be empowered economically through ownership of an asset.
“As StanChart, we believe in making a positive, lasting impact in communities where we operate. Goal 11 of the UN Sustainable Development Goals strives to achieve sustainable cities and communities, ensure access to safe, affordable housing, and upgrade slum settlements. In handing over these houses today, we are comforted by the fact that two vulnerable women now have decent shelter,” he explained.
A beneficiary of the housing project, 67-year-old Agness Zulu, is a widow who lived in a very tiny house with six of her children and four orphaned grandchildren from her extended family.
The house has poor ventilation, is made of porous gravel blocks and has natural light just enough to see your nose.
During the rainy season, water seeps into the house through the cracked roof and doorway, making sleeping a challenge for the family.
Therefore the house could not have come at a better time for Ms Zulu, who said she never imagined a day could come when she would not just shift but own a better house.
The same is true for 60-year-old Aulelya Banda, who also lived in a small house with five orphaned grandchildren.
“I’m so grateful for this house because my previous one had very weak walls, no windows, cracked floors and roof held down by heavy objects,” Ms Banda cried with joy.
StanChart has not stopped there because recently, it was in Ndola’s Chipulukusu community for another housing project meant to support four widows.
This year, the financial institution doubled its 2018 efforts by building 8 houses compared to four last year.
Mr Kasekende believes it is important to recognise that there are people in communities who live in deplorable conditions with poor roofing, poor lighting and poor ventilation.
“That is why we at Standard Chartered Bank strongly believe in supporting such initiatives – to make a real difference to people’s lives,” he said.
The recipients of the houses are Lesi Mumba, 91, a widow looking after 3 orphaned grandchildren, and Paulina Chabala, 57, also a widow who is taking care of two orphaned grandchildren.
Others are Bertha Ngosa, 55-year-old widow who is taking care of her teenage daughter and two orphaned grandchildren, and Catherine Chola, a 56-year-old widow who is also taking care of a daughter and two orphaned grandchildren.
Decent housing and shelter is a basic human right therefore, institutions such as StanChart and its partners must be commended for their efforts to respond to Zambia’s housing challenge