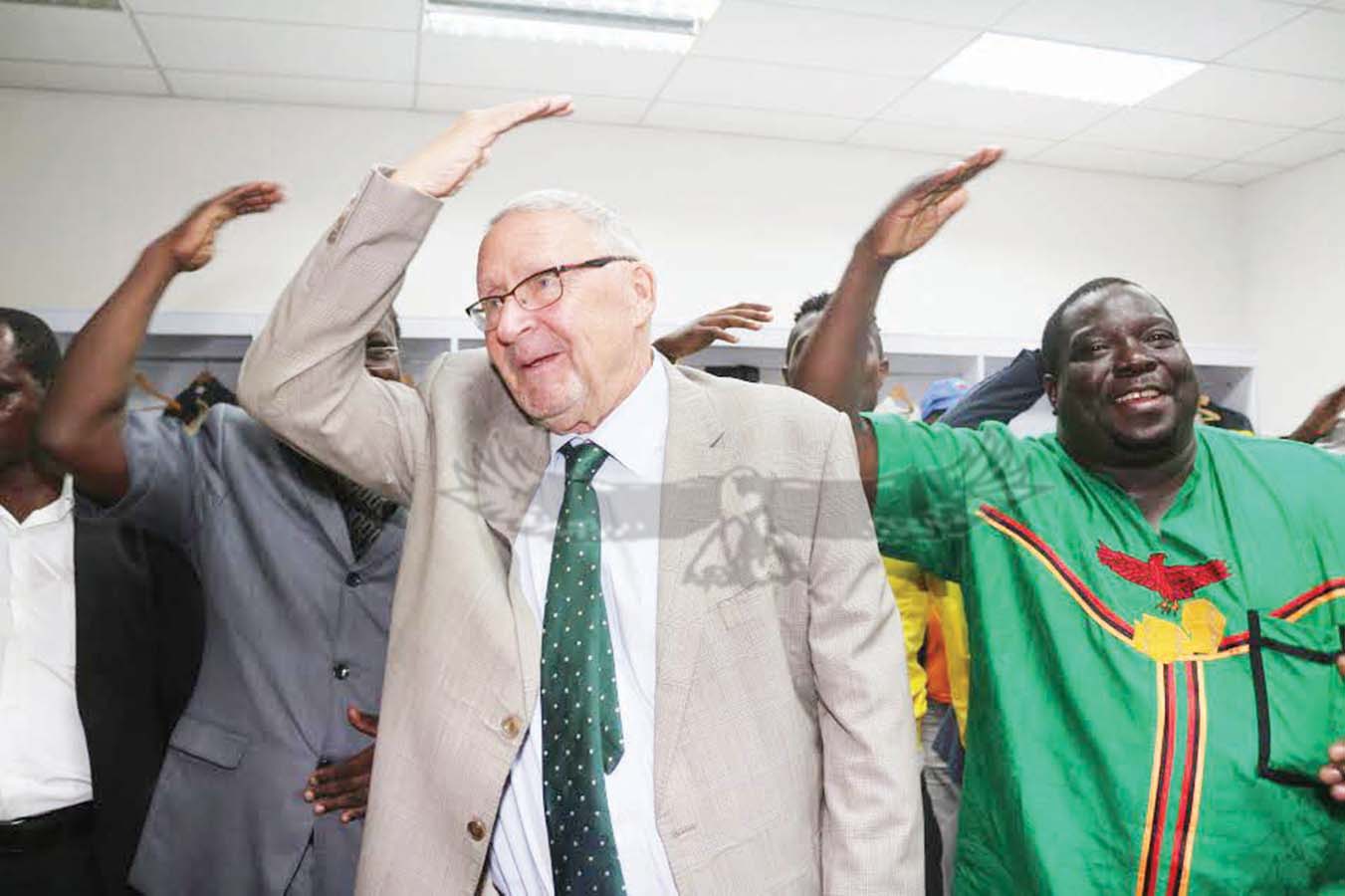 FLORENCE MWALE, Lusaka
ACTING President Guy Scott says sport can help in building a united country.
And K200,000 was raised during the Kasisi Childrenâ€™s Home fundraising golf tournament at State House in Lusaka on Sunday.
Scott, who said this during the prize-giving ceremony at State House, said sport is a unifying factor.
He said a united Zambia could be built through helping each other through sport.
â€œWe can put things together in Zambia and make society work together. We didnâ€™t expect so many people to participate in this tournament and some of them just contributed without coming to play,â€ Scott said.
He commended the 23 companies and 100 golfers that contributed towards the fundraising project for the Kasisi Childrenâ€™s Home.
Scott saluted his wife Charlotte and the organising team for the initiative to fundraise for the childrenâ€™s home.
And Charlotte said K200,000 was raised from the one-day tournament.
And Kasisi Childrenâ€™s Home sister-in-charge, Mariola Mierzejewska, thanked the organising committee for choosing Kasisi Childrenâ€™s Home as the recipient of the money raised from the tournament.
â€œKasisi is home to 230 children and we have a vision to see the children grow stronger in faith and in society. Water is natureâ€™s best resource. Therefore we will use this gift to renovate our water systems so that the children have continuous access to safe and clean water,â€ she said.
And the Musholozi team comprising Minister of Local Government and Housing Emmanuel Chenda, Deputy Minister of Commerce, Trade and Industry Miles Sampa and Patriotic Front member of the Central Committee Anthony Kasolo, among others, emerged victorious with 44 points.
The winners walked away with Samsung tablets each.
The runners-up were DStv who managed 47.25 points and got decoders which they donated to Kasisi Childrenâ€™s Home.
A DStv team member, Marlon Kananda, said they contributed about K13,000 towards the tournament and decided to donate the decoders to Kasisi because they could not go home with their own products.
Charlotte and the organising committee finished third with 48.5 points and donated their prizes to Kasisi Childrenâ€™s Home.
The fourth slot went to Zambia Police service who garnered 49.9 points while Zambia National Service were fifth with 50.6 points.