The K100,000 may be far below what Power sponsors Copperbelt Energy Corporation (CEC) spend on the Arthur Davies Stadium but is an endorsement of our game.

UBA, a Nigerian multinational financial institution and one of Africa’s best and most resilient banking groups with operations in 19 African countries, has aligned itself with Power ‘90.
After being granted a licence in 2009 and starting operations in 2010, UBA has identified itself with one of the best brands in Zambian football to grow its footprint in Zambia.
UBA, with offices in three global financial centres, London, Paris and New York, is currently expanding its branch network and joining forces with Power in a strategic partnership.
By choosing to partner with Power, whose league years of crowning glory are 1984, 1991, 1994, 1997, 2000 and 2011, UBA has desire to spread its tentacles in soccer, the country’s most popular sport.
Aligning with Power, the six-time champions, is part of the bank’s growth strategy and it remains now for the Yellow family to reciprocate UBA’s generosity.
UBA has become the latest financial institution to lend a hand to local football, others being Natsave who are associated with ‘Mighty’ Mufulira Wanderers through kit sponsorship.
BankABC, which has merged with Finance Bank through Atlas Mara Limited, co-finances Green Buffaloes Football Club.
Investrust Bank has a partnership with Zesco United while Bayport are lining up their treasury Nkana.
Barclays Bank, which used to sponsor a Division Two football club, volleyball and netball, among other sports disciplines at its sports complex near the showgrounds, funds the Barclays Cup in Zambia, the only silverware at stake in the league.
First National Bank (FNB), on the other hand, has adopted the Under-20 although the sponsorship falls well below the institution’s status as a financial powerhouse.
With UBA coming on board, it is a step in the right direction. It probably opens the way for other banks still sitting on the fence to come to the aid of the country’s number one sport.
Football needs a lot of help if it is to continue being the number one sport, especially that there are leagues such as Division Three, Two and One which are in need of sponsorship like yesterday.
There are also under-sponsored clubs like Konkola Blades and Nchanga Rangers, which are in urgent need of bail-out as they have been grossly neglected by stingy parent, Konkola Copper Mines.
With the MTN sponsorship due to expire this year, FAZ is looking for a corporate that can beat the money offered by the giant mobile phone company.
While MTN has played it’s part in branding the league, its sponsorship has with time become obsolete because it has invested in end-of-year awards instead of subsidising teams’ nagging expenses during the league campaign such as camping and transport.
Therefore, UBA’s arrival on board is significant because it is an endorsement of corporate support to our game.
While the financial sector has taken the lead in sponsoring football, insurance firms have surprisingly taken a back seat.
The soccer fraternity also awaits intervention from the construction industry which is minting millions of dollars from the treasury.
Apart from tilling the earth, the construction industry should also invest in corporate social responsibility by, among other things, sponsoring youth leagues, building grounds and investing in youth football in areas where they are operating as a gesture of good neighbourliness.
The author is editorials editor at the Zambia Daily Mail. 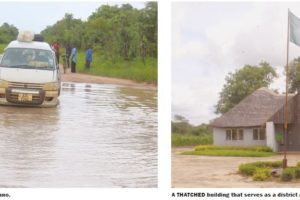 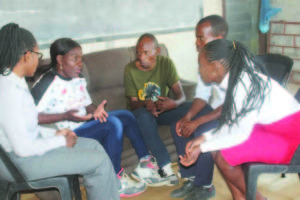 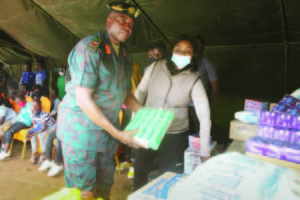 When the rain god will not answer
Right to life supreme