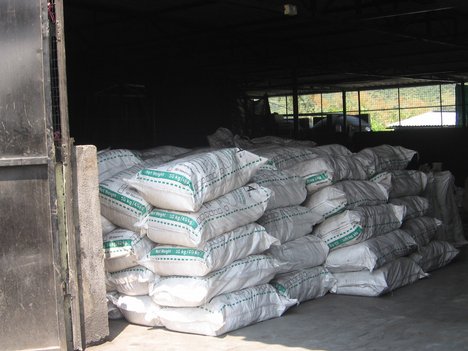 SENIOR Chief Kalindawalo of the Nsenga people in Eastern Province has urged Government to expedite the process of identifying prospective beneficiaries of the Farmer Input Support Programme (FISP) for the 2018/2019 farming season.
The traditional leader says there is need for Government to quickly identify the farmers to avoid a repeat of beneficiaries accessing farm inputs late.
We could not agree more with His Royal Highness.
The 2017/2018 farming season input distribution and e-voucher was in some cases a failure.
Almost two months into the rainy season only 400,000 out of the targeted one million farmers had been registered and deposited the K400 required to activate the e-voucher card.
Others had not yet accessed the e-voucher cards. Without access to e-cards, farmers could not make the deposit to activate them and subsequently Government was unable to deposit the supplementary funding.
Government noted and, sadly so, that transmission of instructions to bank branches in districts relating to the e-voucher system had also been delayed.
Government also observed that farmers still did not understand the technicalities around the e-voucher system.
The Government expressed displeasure at the unsatisfactory performance of the e-voucher, a system meant to cut out ghost recipients, in addition to other ills in the distribution of inputs.
It is almost rainy season again and we are hoping the challenges that characterised the distribution of farm inputs last season will not resurface.
The rains will be here anytime soon but many farmers have not yet accessed farm inputs. The distribution is yet to start.
We understand that Neria’s Investments, the company contracted to distribute farm inputs under FISP in some parts of the country, has already transported its products to various districts.
Neria’s is, however, unable to start distributing farm inputs because some processes and procedures are not yet in place.
The need for timely distribution of inputs cannot be overemphasised.
Delayed distribution of inputs affects farmers’ productivity and subsequently the harvest.
This also undermines our potential to become a regional food basket.
One of the pillars of the Seventh National Development Plan targets diversification into agriculture, among other sectors.
Agriculture has been identified as one of the sectors with potential to turn the country’s economic wheels.
Government’s plan is to move away from overdependence on export of copper which has proved unreliable because of the volatility of the international market and diversify into agriculture.
Currently, the agriculture sector contributes less than 20 percent of the gross domestic product.
However, given the favourable climatic conditions, arable land and abundant water the country is endowed with, the sector has potential to contribute much more.
This is, however, only possible if we manage the sector in a more efficient and effective way.
We have done well in as far as policy formulation is concerned. However, implementation should be improved upon if we are to turn agriculture into our economic main stay.
We need to ensure hard work and commitment at all levels of implementation.

Infrastructure is PF gift to Zambians