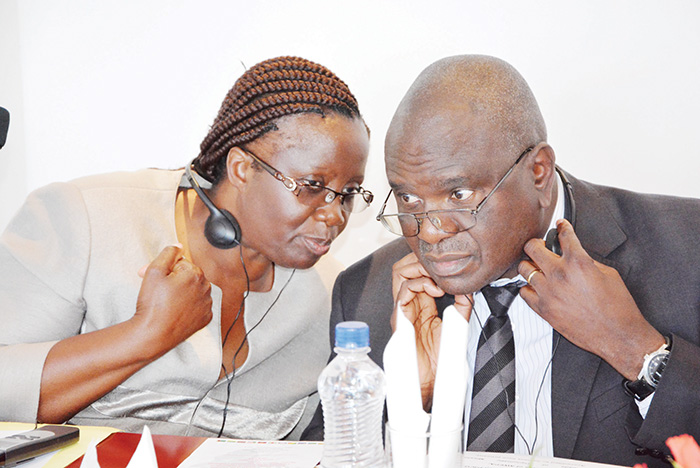 TEDDY KUYELA and VIOLET MENGO, Lusaka
SPEAKER of the National Assembly Patrick Matibini has clarified that Government did not bar international and local private media from covering President Sata during the ceremonial opening of Parliament.
Dr Matibini said in the interest of security, the coverage of the event in the Chamber and the press gallery was restricted to Government-owned media and one private media.
This was in a rulingÂ  on a point of orderÂ  raised by Mazabuka member of Parliament (MP) Gary Nkombo (UPND),Â  who wanted to know why the coverage of the event was restricted to only the Government-owned media and one private media organisation.
Dr Matibini said the Speaker has powers to control the admission of persons into the Assembly Chamber, including members of the press.
He said the ceremonial opening of Parliament is a State event and therefore the approval of admission of members of the public and the press in the Assembly Chamber is undertaken in close collaboration or liaison with State House and State security agencies.
â€œDuring the last ceremonial opening of Parliament, I received 129 requests to cover the event. The Assembly Chamber could not accommodate all media practitioners who were accredited.
â€œSo, in the interest of State security, the coverage of the event on the floor of the Assembly Chamber and in the press gallery was restricted to government and one private media. The vast majority of the media accredited were permitted to cover the event from outside the Assembly Chamber,â€ Dr Matibini said.
He said in spite of the restrictions imposed in relation to permission to cover the event from the Chamber, the event was broadcast live on ZNBC television and Parliament Radio.