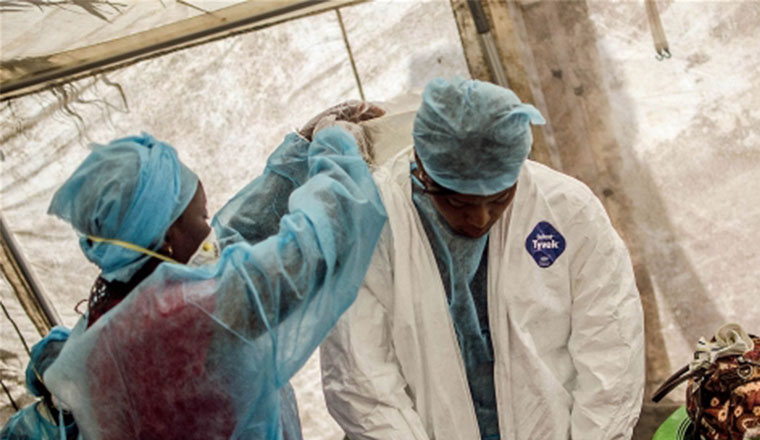 CHALI MULENGA, Livingstone
SOUTHERN Province permanent secretary Annie Sinyangwe is happy with Ebola alertness in the province.
There was panic in Choma last Thursday after a body a Zimbabwean truck driver was discovered in the cabin of his truck destined for South Africa from the Democratic Republic of Congo.
Ms Sinyangwe said she was impressed with the amount of sensitisation Government had done in the region through the people.
Ms Sinyangwe said on Saturday that she is pleased with the high alertness on Ebola in the province.
â€œI am happy with the way people responded to the suspected Ebola case in Choma because it has shown that our people in the province have been enlightened on the measures that should be taken in case of an Ebola outbreak,â€ Ms Sinyangwe said.
She paid tribute to the team of police and health workers who picked up the body for adhering to World Health Organisation guidelines on handling suspected cases of Ebola.
â€œWe took measures to safeguard the country by disinfecting the body that was suspected to have been infected with Ebola,â€ she said.
Ms Sinyangwe said tests conducted on the body indicated that the victim, China Maduma, did not die of Ebola.
She said Government will continue educating people on the dangers of Ebola and how to avert any outbreak.
She said communities and health authorities in the province will continue being vigilant to prevent an outbreak of Ebola.
â€œWe must ensure that any point of entry in the province should have proper screening facilities,â€ she said.