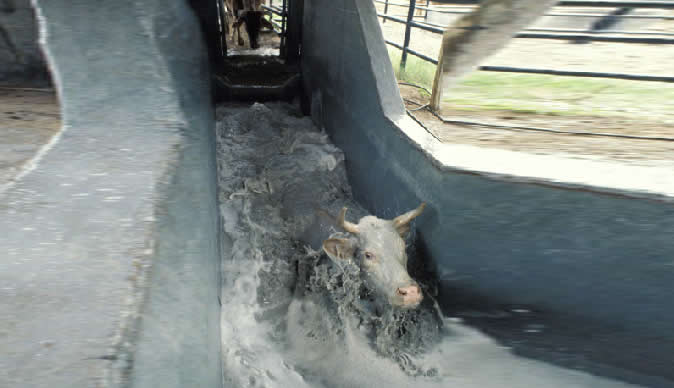 KELLY NJOMBO, Lusaka
GOVERNMENT is expected to construct and rehabilitate 260 dip tanks in various districts of Southern Province to control livestock diseases.
Provincial acting agricultural co-ordinator Max Choombe said the construction of dip tanks will be complemented with boreholes as a source of water.
Dr Choombe said Government is committed to preventing livestock disease outbreak in the province to help boost the agricultural sector.
â€œThere will be no excuses from farmers [in Southern Province] that there are no accessible dip tanks for their animals â€¦The 88 dip tanks will cover-up the gaps in various areas, while the old 172 dip tanks will be rehabilitated,â€ he said.
Dr Choombe said Government has made it mandatory for farmers to be dipping animals on a regular basis to curb outbreaks which are a threat to the livestock sector.