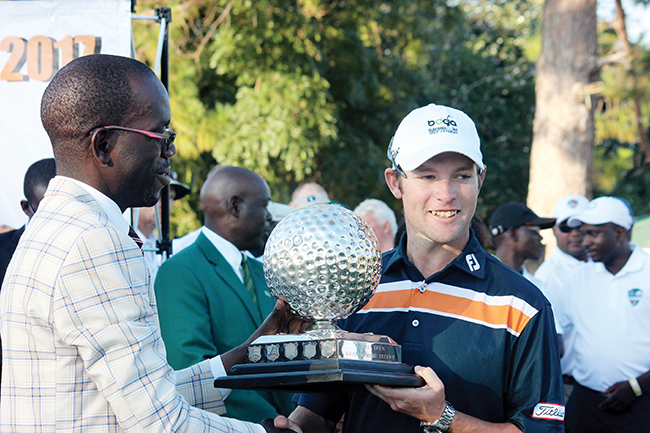 Starting the day jointly on top but in second position, Nortje kept his cool to pick two birdies each on either side of the club in the faultless round as he, in awe, walked to the podium to collect his first Sunshine Tour career title.
“Maybe tomorrow it will sink in [winning the Zambia Open],  I cannot really believe it, I want to win as many as possible, you cannot put a number to it…I want to win many more,” Nortje, who collected a K232,000 winner’s cheque, said as his playing partner Ockie Strydom and round three leader flawed along the way.
Strydom was second two shots behind while Alex Haindl and Oliver Bekker, both of South Africa, were in joint third place on 11 under 277.
And Madalitso Muthiya, who finished 19th overall on four under 284, cursed himself for not taking full advantage of his many chances when he needed to.
“I am disappointed,” he said.
“I played fairly well, but I made a lot of mental errors so it is quite frustrating. I made 15 to 16 birdies but I did not take advantage of the chances that I made.
“There is always a lesson, I have to work hard and improve and make sure that I make it happen when it counts,” he said.
Gabriel Chibale, the only amateur to make it to the final day, finished 58th among the 61 golfers on nine over 297.
And President Lungu has urged the Zambian golfers to continue working hard until someday when one will win the tournament.
“Zambian participants should rise to the occasion and take a fair share of the cake at this prestigious competition,” President Lungu said in a speech read for him by Copperbelt permanent secretary Elias Kamanga at the closing ceremony. 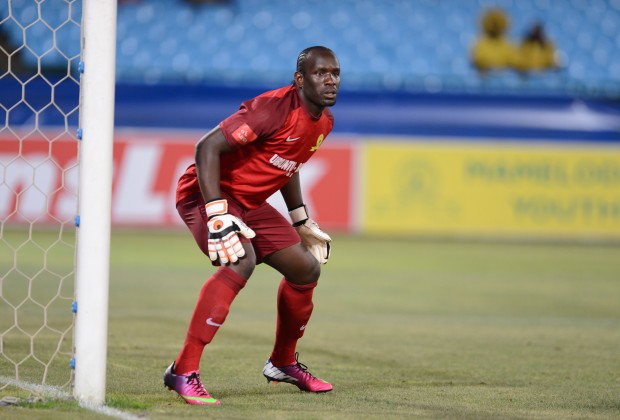 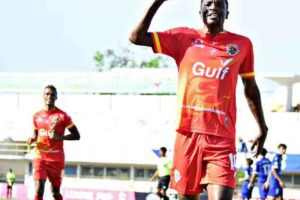