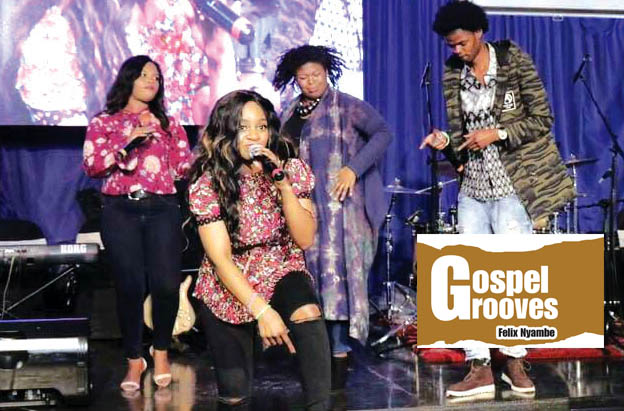 Charity, a former United Church of Zambia (UCZ) member in Lusaka who debuted with the album “Mwe Mfumu (Munsoshe Nsonse)” in 2012, is congregating with the Enlightened Christian Gathering Church (ECGC) in Pretoria, whose overseer is Prophet Shepherd Bushiri.
“I have grown more in the things of God. I am a tele-evangelist, song writer, composer, author and my bones which were once broken in a fatal road accident in 2014 in Zambia have since healed to the glory of God,” she shared.
Following the success of her debut album, which had songs like as Ni Yabon’ga, Bakalanda Bakanaka, What You Say You Will Do and Ina Nina, Charity is back with her sophomore album titled “Yadah Worship”.
“Yadah Worship means to totally surrender, laying prostrate before God in intimate worship,” she explains. “This type of worship makes one to be undefeated, unshakable, unlimited and unstoppable in the presence of God.”
With songs such as Hallelujah and The Blood, which talks about the precious blood of Jess which was shed on the Cross of Calvary as well as This Star, Charity shares both her personal testimony and her relationship with God.
But they are other songs; You Birth, He Moves, One, Fire Fall, Cover Me, Love, Set Me Free, Fill Me, Revival, Believe and I Am.
Charity’s songs are filled with the inner understanding of what the Bible preaches.
Since moving to South Africa, Charity says she has been transformed and restored in the ministry of Christ with her recent outing being in Harare only a week ago.
“I was in Harare, Zimbabwe for a prayer line last week and since moving to SA, I have had several international invitations across the southern African region, apart from those within South Africa, where I have been preaching salvation,” she says.
“I fully operate under the five-fold ministry and I see my vision unveiling for the whole world to see me and celebrate love.”
Inspired by the likes of Juanita Bynum, Sinach, Celine Dion and Travis Green, Charity sees herself making it big on the international market.
But she is not ruling out coming back to Zambia for a performance.
“I was there [Zambia] recently visiting family and friends, and soon, I will be back for ministry and to give to my beloved people my new music,” she said.

Church is here with ‘Pye Pye’
Prince Siame is back