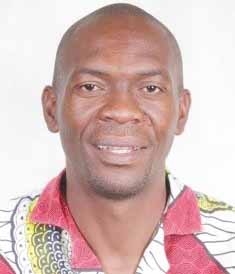 GODFREY CHITALU
I came to hear of the term â€˜Someone at passport officeâ€™ while doing an investigative piece on â€˜The curse of mukula treesâ€™. Apparently an old man trying to fix a quick passport for a son going to university abroad was being prodded to part away with extra money through a proxy based at a Lusaka law firm. â€˜That someone at passport office must be very greedy – demanding such a huge amount just for a passport?â€™ he fumed – phone glued to his right ear as he paced around the Cairo road island, as if stung by a bee.
Striking a conversation with a desperate person is a very easy undertaking; I warmed my way through his heart until he opened up but failed to fully expose that â€˜someone at passport officeâ€™.
The old manâ€™s bone of contention was that petty corruption was so rife at the passport office that it only needed quick action from authorities to stamp it out for good. â€œServices at the passport office, despite good government intentions, including direct payments of fees through banks, are only provided in exchange for unofficial payments,â€ he lamented.
â€œFor instance, the passport for my son, who is due to fly out in a few days, has come out and has been shown to me but this guy at passport office is demanding K1,000 before releasing it,â€ he cried.
He explained that catching that â€˜someone at passport officeâ€™ is an easy undertaking as supervisors can easily track passports that are ready, not collected and yet not displayed on the counter. Time and again senior government officials are at pains to warn officers at the passport office to desist from corrupt activities.
Minister of Home Affairs Davis Mwila says he is aware of the happenings at the passport office but is waiting for an opportune time to wield the proverbial axe.
As part of eliminating corruption, all payments in regard to passports are channelled directly through commercial banks. A check at Indo Zambia Bank found a specially created counter for the public to deposit such fees.Â  People access passport forms without many setbacks, save for the usual meandering queues at the generation office.
The genesis of unofficial payments or kickbacks starts when prospective clients visit law firms for certification of copies and signing of affidavits. It is at these firms, where proxies, on behalf of passport officers, coerce clients to part away with extra cash to quicken the process.
Promises are made that passports will come out either the same day or the next, depending on the value of the unofficial levy.
For those who pay in advance or agree to do so after the passport comes out, these middlemen – rarely women – ensure that the express button is ignited. In liaison with that special someone, the passports almost always come out within the stipulated time. A phone blackout for essential passport workers during working hours, can significantly reduce this conduit, which has survived largely due to better mobile phone communication.
Fortunately or unfortunately, depending on how you look at it, some clients, like the old man, renege on their promise to pay and are rewarded with extraordinary delays until their backs are broken.
I met another person who had gone through a law firm to have his papers certified and affidavits sworn but later refused to cooperate for a quick passport. Choosing to go the normal way, he was perturbed that the law firm using their mole at passport office ensured that his passport took longer than expected. He confessed that he had to crawl back to the law firm for a solution, after which the passport came out the same day. This arm-twisting is clear evidence of an unholy alliance between workers in some law firms and our passport officers.
In order to curb the scourge, there is need for law enforcers to investigate only one component â€“ an analysis of passports that come out the same day that passport fees are deposited. This single measure would open a can of worms as there are hundreds of clients who pay through the back door for same-day passports. Investigators need not to be rocket scientists; just casually walk into any passport office and do an excel spreadsheet. There is no way you could rule out corruption if a client for a non-express passport deposited fees at indo Zambia Bank at midday and the issuance of the passport is 16.00 hours the same day. Who reviewed the application form? What time was the applicant interviewed? How long did security checks take? How many other files were jumped to accommodate this applicant? How long does printing take? These questions could really scare that â€˜someone at passport officeâ€™.
The author is a social and political commentator

Luapula Province, place to be