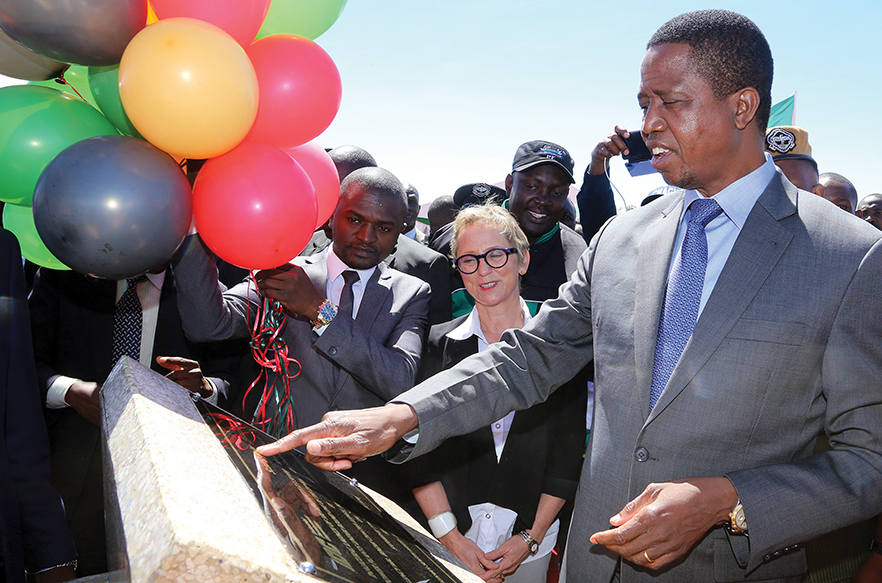 CLIMATE change is reshaping the world and human civilisation as regions and communities come to terms with its effects in one way or the other.
The adverse effects of climatic conditions to which Zambia and the rest of sub-Saharan Africa are exposed visibly affect the country and its ability to exploit the countryâ€™s natural resources for the well-being of citizens.
The current loadshedding of electricity due to lower-than-expected rains is clearly a result of climate-induced changes to physical and biological systems that are already being felt and exerting considerable stress on the countryâ€™s vulnerable sectors.
Therefore, Saturdayâ€™s launch of US$1.2 billion power plant works by President Lungu is a direct response to the challenges emerging from climate change, which has seen reduced water levels in the Kariba Dam and, consequently, less power generation.
This is a commendable initiative by Government because it will go a long way in helping to diversify Zambiaâ€™s source of electricity from entirely relying on hydro power to other renewable sources of energy.
During the launch of the solar power plants, the President said the Industrial Development Corporation (IDC), in partnership with the International Finance Corporation, started preliminary works on two solar plants of 50 megawatts each.
This represents 100 megawatts out of the targeted 600 megawatts of the scaling solar programme, making Zambia the first African country to implement the World Bankâ€™s scaling solar programme.
This initiative, as Mr Lungu said, is one of the many other projects that will ensure that Zambia progresses from the current power deficit to make the country a net exporter of power within 18 months.
This is significant progress because, according to the government, if there is one area where diversification is so urgent, it is in the energy sector, and this is a practical demonstration of the resolve of Government to create a diversified electricity sector.
The over-reliance on hydro-electricity has exposed the country to challenges of loadshedding in the wake of electricity shortage because of lower water levels in the Kariba Dam, the main source of Zambiaâ€™s electricity.
According to Minister of Energy and Water Development Dora Siliya, Government has been spending US$13.4 million a month on importing 148 megawatts since October last year.
Therefore, we welcome the launch of the solar power project because once it is operational, the country will save a lot of money in foreign currency that could be channelled to many other development needs.
This project will not only ensure the country has enough power but will also create jobs and eventually earn the country foreign currency through exports of excess electricity.
When the country has excess power, it entails that there should be no disruption of industrial production and, as such, enhanced output of goods and services to boost the countryâ€™s economic growth.
As World Bank country representative Ina Ruthenberg has said, the solar power project President Lungu launched on Saturday will increase productivity.
The project has also streamlined the development of grid-scale solar power in the country.
We, therefore, commend President Lungu and the World Bank for ensuring that Zambia is a pioneer of the project because of the many direct and spin-off benefits that will accrue.