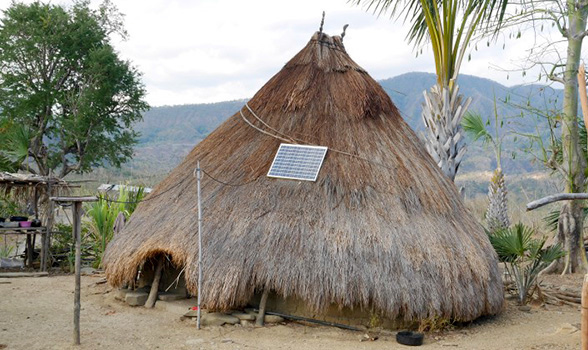 A SOLAR panel on top of a hut in rural area. Many rural people are enjoying solar power of of the many projects that Government has implemented countrywide.

Sumaili on oiling of papas’ hands