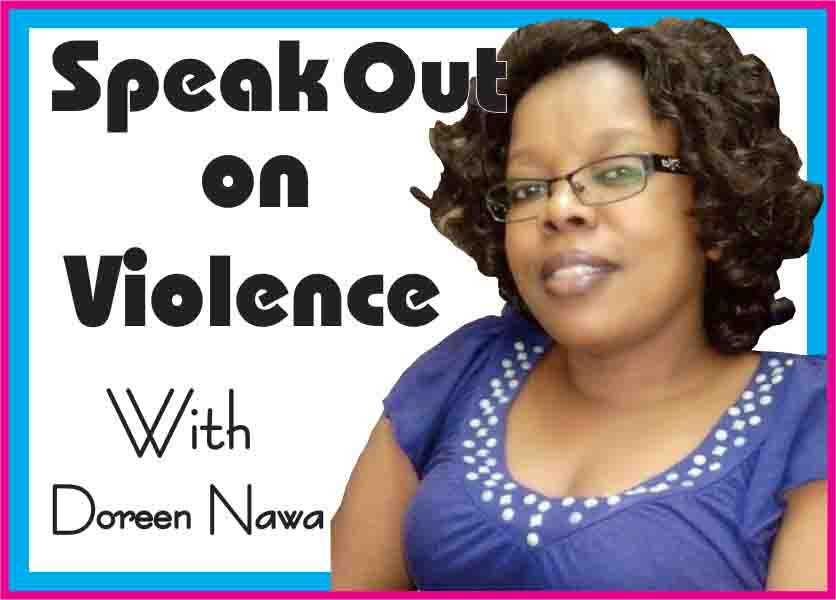 SPEAK OUT ON VIOLENCE with DOREEN NAWA
LAST weekâ€™s topic was â€˜Itâ€™s about them not youâ€™ referring to the possibility of abusive men reforming, and I received comments from two male readers. According to them, reformation of abusive men is wholly-dependent on the partnerâ€™s or wifeâ€™s attitude or behaviour in the relationship or marriage.
I would like to disagree because I believe dialogue is what makes any marriage or relationship succeed; a blow or fist is not the answer.
Today, I have decided to focus on survivors of sexual and gender-based violence (SGBV) considering the period we are into. Every November 25 to December 10, are 16 Days of Activism Against Gender-Based Violence campaign, initiated in 1991 dedicated to raising awareness about the dangers of SGBV against women and girls. This yearâ€™s theme is Prevention.
One in three women worldwide will experience physical or sexual violence at the hands of someone they have known for a period of time. For instance, a husband is someone a wife would have known for some time, hoping he would be as loving and caring as he was during courtship.
A visit to Ngâ€™ombe SGBV centre in Lusaka shows the reality and extent of SGBV, and the trauma that abusive women and girls go through.
Growing up, Janet Mwewa* never thought she would be that one in three. For nine years, alcoholism and stubbornness worsened her husbandâ€™s personality. It took her three more years to realise she was in an abusive relationship from the start and another three years to get out.
â€œI could not leave that home immediately because I looked at what society would think of me after that expensive and glamorous wedding we had. So I stayed not because I was happy, but for fear of being stigmatised by people around me,â€ Ms Mwewa said.
Ms Mwewa thinks domestic abuse survivors worldwide go through all the stages that she has experienced.
â€œThey survive, but the price they pay is often much steeper than what I paid. For those who live in societies where thereâ€™s a stigma for women who walk away, even when they are free, the stigma and economic hardship remain,â€ Ms Mwewa said.
Issues of where they will live, how to provide for their children and themselves. How to deal with legal paperwork. It is up to the societies these women live in to give them that space, the economic and emotional support they need as they gather the strength to make that leap to freedom.
Unlike many women caught in abusive homes, fortunately for her, she didnâ€™t have children and she was financially-independent but the fight or flight anxiety took her three years to get out.
â€œEven when I left his home, for fear of him following me, I would look under my bed and in my closet every time I came home and I would check to make sure my doors were barred with a giant table and furniture, a habit that many women who have lived with violence know all too well,â€ she said.
She said an abusive marriage was the hardest thing she faced in her adult life. But her experience taught her to be unapologetic and confident about her way out of the situation. She feels strong about it and speaks out when she knows something is unacceptable.
From Ms Mwewaâ€™s short narration, society must do more to prevent SGBV so that it does not take six years for victims of domestic violence to exit dangerous relationships.
This is why various government partners are supporting various initiatives like the Ngâ€™ombe SGBV centre to stop and prevent SGBV and provide safety and justice to survivors.
Such an approach helps expand various services available for survivors of SGBV. It further helps them to participate and talk about their concerns so that society may become aware of the happenings.
Ngâ€™ombe SGBV centre aims to educate and raise awareness among all members of the community. The centre also mobilises men to speak out to show that SGBV is not a concern for women alone. It is only when you speak out that awareness would be raised.
For comments and contributions, send to dnawa@daily-mail.co.zm

Condoms must be available to all, says campaign team
â€˜Promote equal opportunities for men, womenâ€™