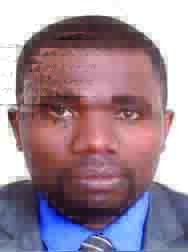 Analysis: KELVIN SIWALE
THE study of sociology is key in understanding behaviour.
Sociology helps us devise strategies to prevent corruption.
Hence, we shall look at the socialisation-corruption nexus.
Socialisation is the process of internalising the norms and ideologies of society. According to the theory of nature, the nature of the environment around us has a big say on who we are. It should be highlighted that socialisation occurs throughout life but the most critical is in childhood. The key agents of socialisation include family, school, peers and mass media. Nevertheless, for the purposes of the nexus between socialisation and corruption prevention, we will briefly focus on family, school and peers.
Just like any other norm is adopted from society or the environment, an individual can also be socialised into a culture of corruption. This kind of socialisation makes an individual grow or develop believing that corruption is a normal way of life.
Family is the most important agent as it is said that charity begins at home. In the anti-corruption discourse, to have a meaningful achievement in corruption prevention, we need to have the populous that is well entrenched in societal ethical values and norms. This can only be achieved if families start inculcating values in their children at a tender age before the world of corruption socialises them. Corruption has everything to do with greed (self-centredness). Therefore, as children grow up, parents should endeavour to bring them up in a way that makes them selfless and conscious of the existence of the next person. If children are brought up to care about the next person, even when they grow up, they will not indulge in activities that will hurt others, which is exactly what corruption does.
Corrupt behaviour is learnt through family and peer interactions. For instance, if parents always give or promise our children some sweets or coins in order for them to stop crying, do or stop doing something, we are planting a seed of corruption in them. These acts make children grow believing that for them to do something, they must be rewarded or induced. This seed germinates and sprouts into a plant of corruption which grows exponentially. If such children hold public office in future, corruption will be normal to them. We also need to know that such habits die hard, and these are the manifestations that we see in various offices.
Peers also have influence on what we indulge in. This is linked to the foundation laid by the family, as regards whether one succumbs to peer pressure or not. Peers that have been brought up believing corruption is a normal way of life, may influence their colleagues whose ‘moral tanks’ are low. Thus, it is advisable that we mind the people we mingle with and consult. If they don’t make decisions that are in public interest, dig a gulf between you and them before you are socialised into their ways. Don’t mind how your peers have advanced and amassed wealth through corruption. Keep your ‘moral gauge’ high, work hard and be proud of earning your wealth legitimately.
In institutions, we have heard people refer to some officers as having started well and that they have missed it along the way. Very true! The question is, what happened along the way? Alas! They were socialised by wrong officers. Managers/leaders, let’s mind whom we attach new officers to. Corrupt officers or leaders can only socialise new officers into their ways and make every wrong decision look angelically endorsed.
Further, schools also play a very big role in socialisation. Schools should begin to put emphasis on value system entrenchment in the pupils/students. If we can have the citizens with a strong value system stemming from childhood, a strong and corrupt free society is guaranteed. Henceforth, instead of fighting corruption reactively, let’s go down to the grassroots and deal with it proactively. Parents, teachers in schools and managers in organisations, you have a big role to play sooner than later.
Lastly, a proactive approach in anti-corruption is more sustainable than a reactive one. If we can do a lot of work in socialising our young generation from infancy into responsible and morally upright citizens, we will have a strong national value system, which stems from families. Further, we will have a society that is uncompromising and upholds integrity; a people that will not get what is not theirs. This is why the Ministry of General Education, in conjunction with the Anti-Corruption Commission, has introduced the subject of ‘Governance and Corruption’ in the curriculum for primary and secondary education. With this model, our dream of reducing corruption to insignificant levels will be realised.
The author is an anti-corruption specialist.