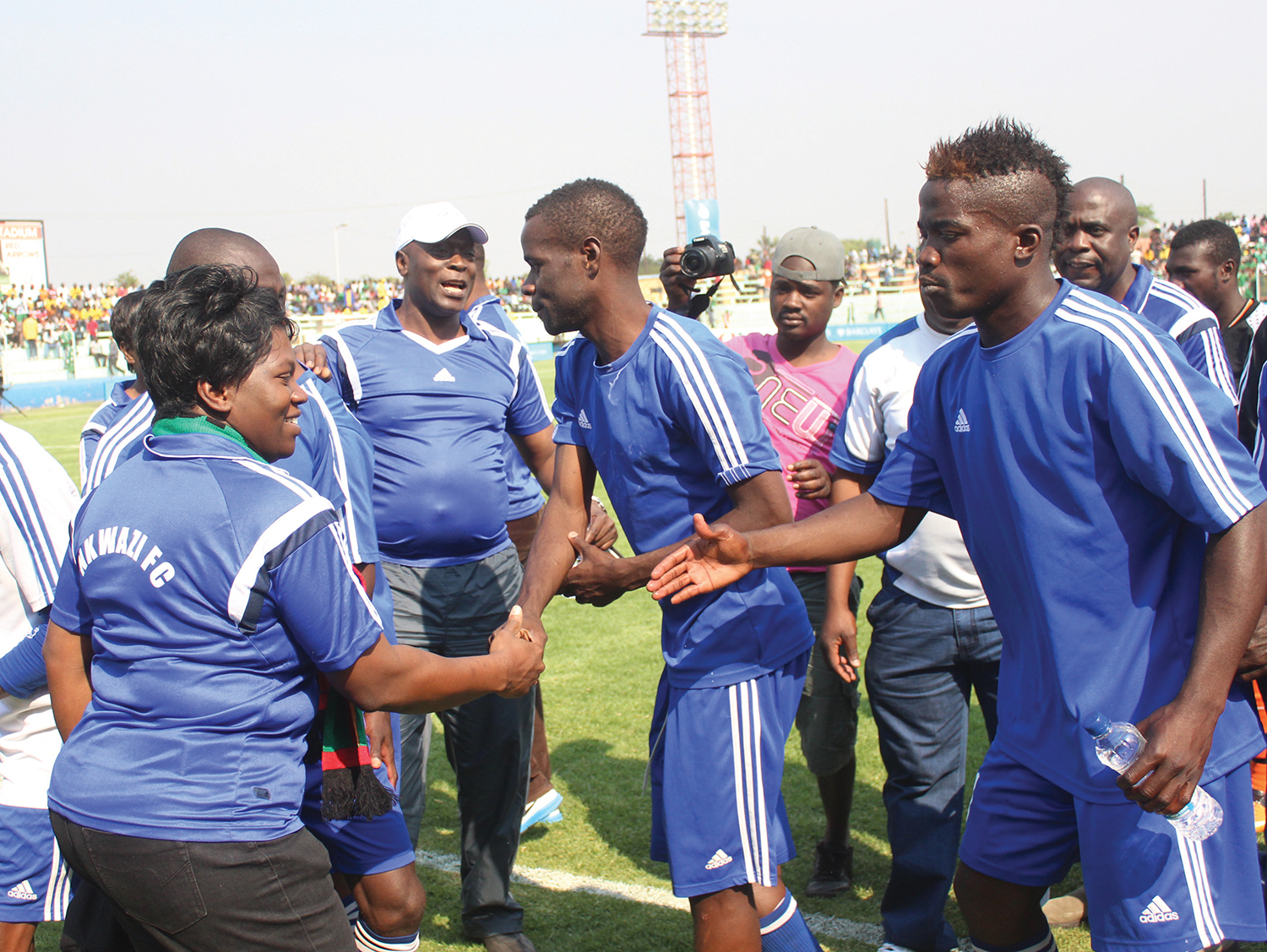 SOCCER REVIEW with STEPHEN PHIRI
IF THE quarter-final results of the Barclays Cup are anything to go by, then there is a power shift in Zambian football.
The Midlands dominated Copperbelt clubs in the Barclays Cup when three of the capital city-based sides qualified for the semi-finals of the countryâ€™s only cup competition.
Stella Libonganiâ€™s birds Nkwazi overpowered crowd favourites and legendary cup fighters Mufulira Wanderers whom they beat 4-3 on post-match penalties after a 0-0 regulation time draw.
Army club Green Buffaloes, too, brought smiles in all the barracks countrywide by eliminating Power Dynamos 5-3 on spot kicks after another barren draw.
Few, I should say, gave either Nkwazi or Buffaloes a chance of qualifying and if these contests were to be decided by either show of hands or voting through SMS for the ballot box, Power and Wanderers would not even have bothered to travel to Lusaka.
But surprises are what cup competitions are made of. Elijah Chikwanda, one of the most experienced coaches in the game who has transformed Nkwazi from relegation strugglers to title contenders, yet again psyched his team to victory.
Bilton Musonda on the other hand wants to be counted among the emerging coaches in the Super Division and he, too, was on top of things in marching Buffaloes to the last four of Zambiaâ€™s only prestigious silverware.
With the league title out of their reach, Chikwanda and Musonda have every reason to invest their egos in the Barclays Cup to end the season on a respectable note.
Zanaco completed the capital city teamsâ€™ passage to the semi-finals by making shortwork of Lumwana Radiants 3-0.
Zanaco, who are lying second on the Super Division log behind Zesco United and have a remote possibility of winning the title are eyeing a double and had very little work to do against the Division One (North) side from the newly-created Kalumbila district in North-Western Province.
Zesco are the only team from the Copperbelt remaining in the Barclays Cup and have premium to not only redeem themselves but the region as well.
Despite the loss, Lumwana, tutored by former international defender Allan Kamwanga tasted topflight football before a sizeable crowd at Nkoloma Stadium and were not disappointed by their outing, what with producing man-of-the-match Gozon Mutale who has instantly been selected to the under-23 national team.
I will be failing in my duties if I do not give credit to Barrick Gold Corporation, the owners of Lumwana Mine, an open-cut copper mine project in the North-Western Province, 220km west of the Copperbelt and 65km west of Solwezi town. It is reported to be Africaâ€™s largest copper mine.
Barrick have allowed the club to thrive and the results are showing.
It is my belief that Barrick Gold are ready to host Super Division football in Lumwana township by having all the infrastructure and facilities in place.
To say the truth, I was troubled when Barrick Gold announced plans to suspend operations at the mine in December 2014 following the governmentâ€™s move to raise the royalty rates on open-pit mining operations in the country by more than three-fold.
Had the company implemented its threats of putting the mine on care and maintenance by the second quarter of 2015, the football club was going to be affected and the entertainment to the Lumwana community withdrawn.
I wish all the Barclays Cup semi-finalists luck in their next encounters and Lumwana the best of luck as they complete their formalities to make their first trip to the Super Division.
I would also like to commend Cabinet for approving the hosting of the 2017 Africa Youth Championship.
It is through hosting continental championships that Zambiaâ€™s football profile will be enhanced.
Keep me posted on phiristeve4@gmail.com, sphiri@daily-mail.co.zm

What happened to Bola Na Lesa?