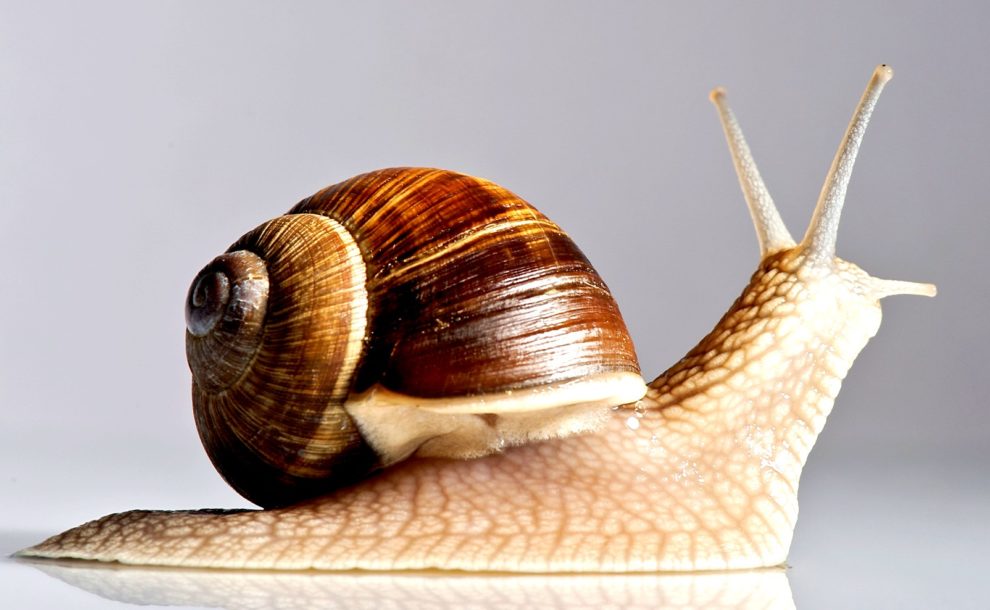 KENNETH CHAWINGA
ON WEDNESDAY May 5, 2021 I got an unusual request from one of the farmers in Kabwe district. Usually, when I am called to carry out farm inspections for issuance of sanitary compliance certificate, it is usually for purposes of common livestock or livestock products import. This particular farm inspection was in readiness for importation of breeder snails from Ukraine into Zambia. The owners of the farm, known as Hartland Farm Snails Zambia, Annatjie and Albert Grunenberg, a couple, had just concluded their plans to venture into heliculture. What is heliculture? Heliculture or heliciculture, commonly known as snail farming, is the process of raising edible land snails, predominantly for human consumption or cosmetic use. The meat and snail eggs can be consumed as escargot and as a type of caviar respectively. Snail’s meat contains high quantities of protein, magnesium, calcium, copper, zinc and iodine in its meat. Mucus, commonly known as snail slime, has medicinal properties that, it is claimed, could cure asthma and tuberculosis, among human debilitating illnesses. Snail secretion also provides the basis for production of skin cosmetics. There are several species or types of snails. The type being raised by Hartland Farm Snails Zambia is called Helix Aspersa Maxima, a subspecies of Helix Aspersa or simply called garden snails. The common snails we see, especially ubiquitous during rainy season, are called Giant African Land Snails that could be raised for snail slime, but not so much for its meat. As snail farming is as delicate as the snail itself looks, a lot goes into the preparation to receive the breeder snails. What preparation is involved? Snails generally are both humidity and temperature sensitive. A specially designed and built breeder pen was ready way before the breeder snails flew into the country. On their way from Ukraine, via South Africa into Zambia, the snails were at sub-zero temperatures, necessary to induce hibernation and lessen activity.
Once they arrived at their destination in Kabwe they were introduced into the breeder pen fitted with automatic temperature and humidity control system. The temperature ranges from 17°C to 21°C while humidity is maintained between 75 percent and 85 percent. In a day, the snails are subjected to 16 hours of light and 8 hours of darkness. The snails are more active during the light than the dark hours. How do snails reproduce? A look around the breeding pen reveals thousands and thousands of eggs already laid by breeder snails. Snails reproduce with egg cells and sperm cells like so many other animals, and most snails are either male or female. However, some snails are hermaphrodite (being both male and female), implying they have both eggs and sperm in their bodies. Therefore, sometimes the sperms in the snail fertilise the eggs in the same snail. That doesn’t usually seem to happen, though. Usually the sperm cells in the snail are already grown while the eggs are still young, so the sperm cells fertilise eggs in other snails. The snails dig small holes in moist, specially prepared nests made out of heat-sterilised soft dirt. Each snail lays around 100 eggs, buried about one inch deep, and through a special reproductive organ located around its neck.
At Hartland Farm Snails Zambia, there are two ladies whose job is specifically to collect fertilised eggs and place them on sterilised swill which act as brooder preparing for hatching. The eggs hatch within 2-4 weeks, and the newborn snails take one to two years to mature, but can then repeat the process again, potentially parenting many more snails in their two-to-five year lifespan. “After hatching, we will take the baby snails into juvenile boxes and later to fattening pens, where they will be looked at after until they mature”, says Annatjie, her face apparently beaming with happiness and excitement. Management
Albert explains that their 12,000 strong breeder unit consumes about 7 kilogrammes of feed (a mixture of broiler mash, calcium and maize meal commonly referred as ‘number three meal’. “We are constantly learning and doing a lot of research along the way. Already, we have discovered that the snails love ripe pawpaw”, says Albert. Albert points out that pests especially rats, are a nuisance and that snail housing has to be pest-proof. Like all living things, snails do get ill and from time to time, will need a veterinarian to attend to them. Business prospects “Just like all farming activities, snail farming requires both passion and hard work. You care for them, they care for you”, says Albert. The couple’s plan is to be producing snails for European market, via an established farm, Goshen Organic Snail Farm of Western Cape, South Africa. What are Albert’s Annatjie’s future plans? The couple plans to have an out-grower scheme of small farmers. “My parents came [to Zambia] a long time ago and loved the country. I have a very special place for Zambia in my heart and I want to give back”, says Annatjie. “In our plans to establish a viable out-grower scheme, we would like to bring all stakeholders, including Ministry of Fisheries and Livestock and Zambia National Farmers Union, on board,” Annatjie adds. Albert and Annatjie say Goshen Organic Snail Farm is ready for knowledge and skills transfer and are calling upon all interested to join them. It is on your marks, get ready, Escargot. The author is district veterinary officer – Kabwe. dr.kchawinga@gmail.com