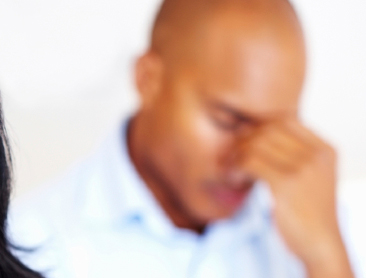 YANDE SYAMPEYO, Lusaka
STEVEN Simuyemba, the embattled Lusaka groom whose wedding  ceremony  was turned into a nightmare by his jilted ex-lover,  has broken his silence stating the affair with the woman was a mere fling.

Angel Tembo, a hair dresser of Mtendere township, gate- crashed the wedding ceremony last Saturday at United Church of Zambia (UCZ) Saint Paul’s parish on Burma Road in Kabwata and slapped Steven in the face for allegedly betraying her, throwing the ceremony in disarray.
Steven, who was reluctant to comment on the fracas, denies double-crossing Angel, saying he was never committed to the relationship and had no intentions of marrying her.
“You cannot bump into someone and start thinking that person will marry you, that is totally a lie,” Steven said in an interview,
Steven of Kamwala South adds that Angel should have consulted him over his intention on her as opposed to dating him blindly.
“You should know the intention of the other person and how they have been living. You cannot walk into someone’s life and start doing your own things. I never mentioned about marrying her or to do anything with her,” he said.
He wondered why Angel did not seek a civilised avenue to have her grievances addressed as opposed to creating a ‘scene’ at his wedding ceremony.
“If she wanted to talk to us, she could have come in a polite way and not in the manner she behaved,” he said.
Steven, who is self-employed, wondered what benefit his ex-lover derived from creating commotion at the wedding service.
He said regardless of the “bad image” Angel created, he remains married to his wife, Annie Phiri, describing last week’s incident as history.
Steven vows not to have anything to do with his former lover stating that he has moved on and is committed to his marriage.
He adds that he does not have time to discuss and or settle Angel’s concerns as he has had enough of her drama.
Asked why he did not open up to Angel about the other woman (now his wife), he said it was a personal issue.
“I’m a married man now and there is nothing that can change that. Her aim was to destroy my marriage.
“What is written is written and what is done is done. Dig about her life as well before you dig about mine,” he said.
On the other hand, Angel does not regret causing commotion at Steven’s wedding ceremony saying he deserved the embarrassment for cheating.
Angel, who lives with her mother, says she met Steven last year at the height of the general elections campaigns during which they liked each other and exchanged numbers.
She is surprised at the turn of events as she was looking forward to marrying Steven.
“When I told Steven I was pregnant for him, he pleaded with me not to tamper with the pregnancy, so I was shocked how things changed suddenly and I was told he was marrying another woman,” she says.
Angel says Steven “played it smart” as during the period she dated him, he never exhibited signs of double-crossing.
“However, when I spent a night at his place the last time, I did notice some new household items such as stove, fridge, wardrobe and I got suspicious. When I inquired from his brother, he opened up and informed me that my boyfriend was a few days away from tying the knot with another woman.
“I asked him about this but he denied such a relationship. He told me that it was his brother who was marrying,” Angel recalls.
She, however, is resolved to pick up the pieces and move on adding that she will take care of her child.