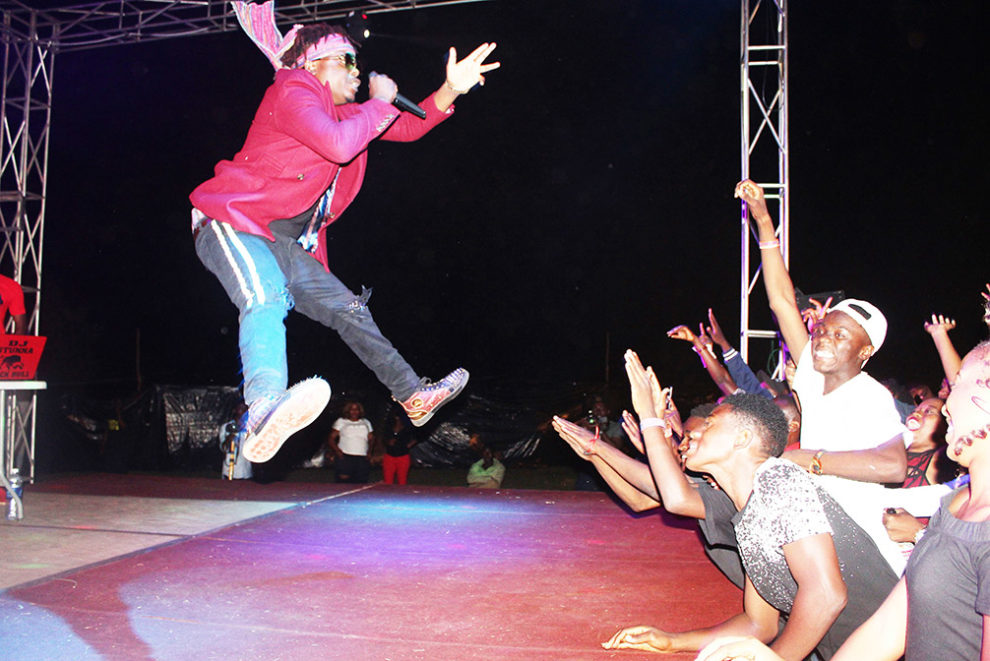 NDANGWA MWITTAH, Livingstone
RAPPER Slap D on Christmas Eve refused to perform at the Royal Livingstone Golf Club after the organisers of the show allegedly failed to give him an upfront payment.
In the end, it was left to T-Sean to rescue the situation.
Both artists had been officially lined up as the performing artistes by the organisers, Jocelyne Kangwa and Deemac Entertainment.
T-Sean, returning to Livingstone after his performance in May at the Zambian Breweries-sponsored Mosi Say of Thunder did his part however.
As the first act, he fulfilled his part of the deal and later moved to Limpos pub and Grill where he made a cameo appearance.
Supported by Mohsin Malik and Pharaoh, T-Sean took to the stage a few minutes after midnight as the crowd cheered him on.
As usual, his set would not have been complete without a performance of the fan favourites in Umpatefye and Don’t Lead Me On. Thereafter, he left the stage for Slap D who was already within the arena.
But the Lituation singer refused to get on the stage demanding for a down payment from the organisers.
In fact, Slap D, who was accompanied by his younger brother Tosta, never even stepped out of the vehicle which he went with to the venue.
Jocelyne refused to comment on the matter but a source told the Weekend Mail that Slap D, who was lodged at Protea Hotel, was initially paid K10, 000 as down-payment.
“Now, he is refusing to come out saying that he wants another down-payment even after the organisers met most of his demands prior to today,” the source said.
The organisers later sought T-Sean to try and redeem the situation, but by then, he had already left for Limpos.
Slap D did not respond to the calls or text messages that the Weekend Mail sent to him.