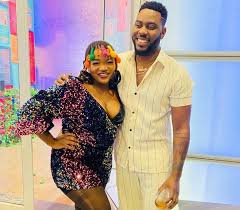 ZIO MWALE
Lusaka
HIP-HOP artiste Slap D has unexpectedly released a song and video of a song titled Savuka which features award-winning South African singer-songwriter and poet Busiswa.
The song, which was produced by Mag44 and Solomon Plate with Chichi Ice directing the video, encourages people to work and push hard in life.
On the song, Slap D even gets the 31-year-old from Eastern Cape to sing part of the chorus in Bemba.
A day before the release of the song and video, the rapper posted pictures of himself and Busiswa on his Facebook page with a caption “Competition is good. Collaboration better”, taking his fans by surprise.
An hour after officially releasing the video on YouTube, Slap D posted the video on his Facebook page. CLICK