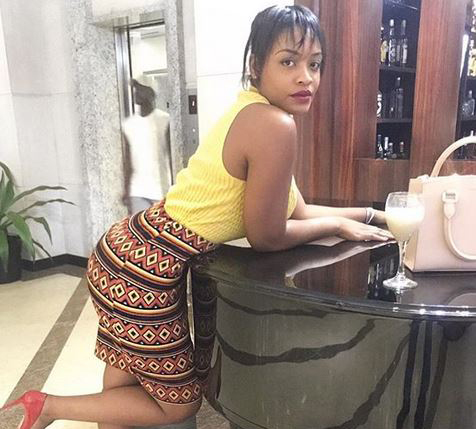 The song, which is on his BW2 album, features Kalu Konga on vocals and was produced by Mr Starsh while the music video was shot and directed by Emmanuel Chilala of MT Productions.
In the video, Slap D displays a scene from a relationship which is on the edge of collapsing due to the fault of the man and the rapper also showcases his singing ability.
The video, that has already received over 20,000 views on Facebook and about 1,500 shares, was released on December 1.
Though Slap D chose to work with the controversial Iris, who tends to divide public opinion sharply, the video is stunning and sees the two, team up as lovers who are facing challenges in their relationship.
With good memories flushing at the back of the man’s [Slap D] mind, the two lovers find it hard to live without each other and they are ready to make up and start something new.
The four-minute long video ends with a closing clip of Slap D rescuing Iris from a suicidal act in the bathtub.
Slap D told the Weekend Mail that his video is all about making amends of a broken relationship. He says that he worked with Iris because she is an amazing person who has a different perspective of the world from others.
“Only a few women can be like her and I also discovered that she is a very good actress, you can just tell from the video,” Slap D says.
He says everyone has something positive to offer and that is certainly the case with Iris. Slap D says Iris is a brave person who believes in herself.
Slap D is thanking his fans for the support they have given him so far and he is promising them more beautiful videos from his BW2 album.
“My fans should expect more from me next year because am now working on my videos,” he says.

Florence Phiri wins Miss Compensation
‘Brave’ only Mag44 is all out