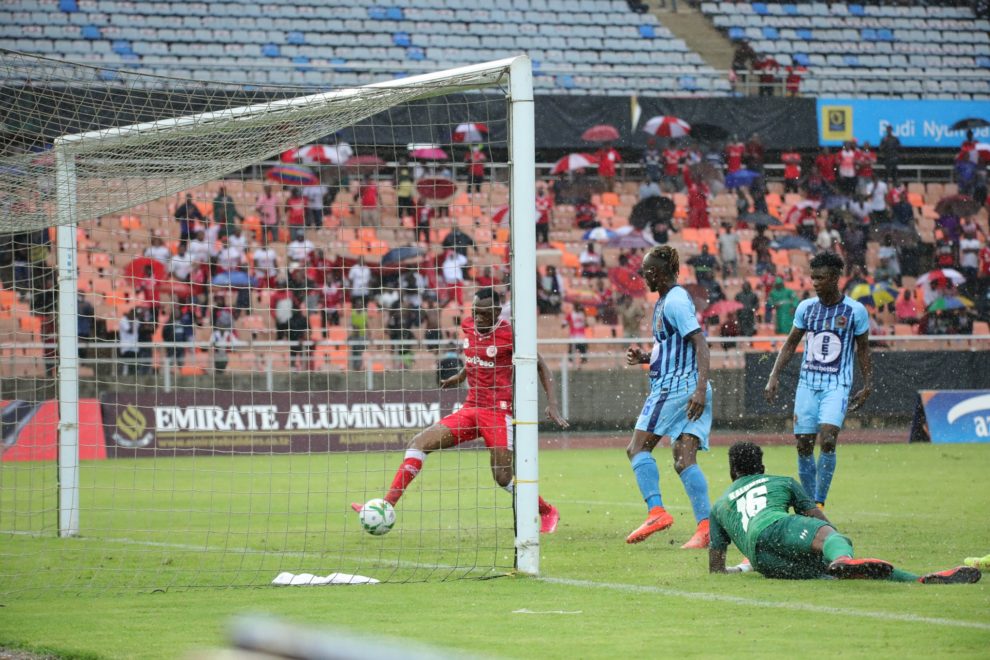 MATIMBA NKONJE, Mkapa Stadium, Dar es Salaam
SIMBA 3 ARROWS 0
ZAMBIA’S envoys in the CAF Confederations Cup Red Arrows Football Club have suffered a major setback after losing 3-0 in the first leg, pre-group stage match against Simba Sports Club.
In a match played at a water-logged Benjamin Mkapa Stadium, Arrows found themselves down as early as the 16th minute after Ghanaian dangerman Bernard Morrison scored from a free-kick after he was brought down by George Simbayambaya.
Morrison dusted himself and took the responsibility. He curled the ball past the wall, beating goalkeeper Charles Kalumba at the near-post.
Three minutes later, the lead was doubled as Morrison turned from goalscorer to provider after taking a solo run, beating Benedict Chepeshi, the captain, Simbayambaya and Nickson Mubili to pass to an unmarked Meddie Kagere in the 19th minute.
Simba continued to pile pressure on the Arrows defence and were awarded a penalty by Ugandan referee Chelanget Ali Sabila after CLICK TO READ MORE