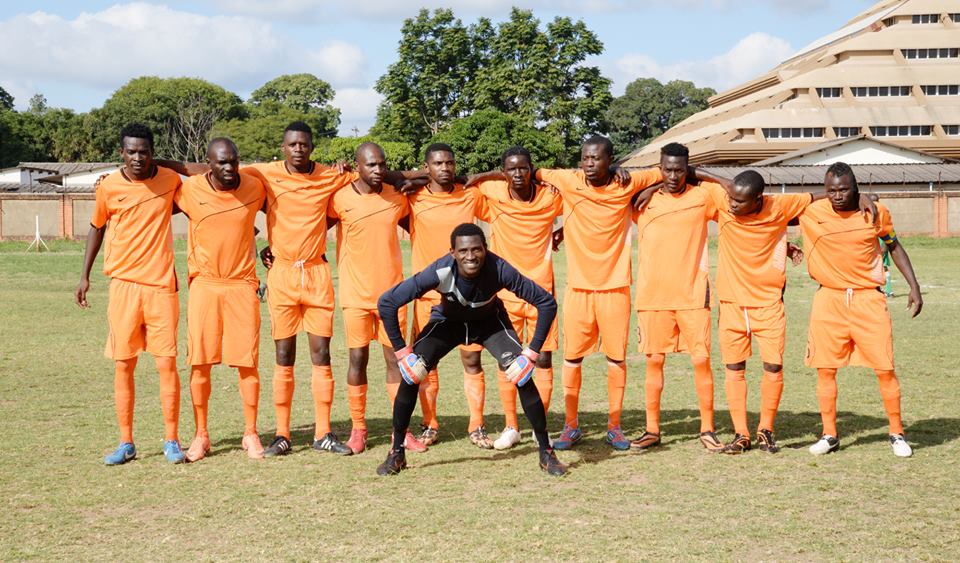 VICTOR KUMWENDA, Independence Stadium, Lusaka
TIGERS 1 NAKAMBALA 2
FORMER international striker Signs Chibambo scored in added time as Nakambala Leopards beat ten-man Lusaka Tigers in a scintillating Super Division Week Seven match to close in on leaders Nkana.
Second-placed Nakambala have 12 points, four behind Nkana whose match against Zanaco was postponed because the bankers arrived on Friday from Tunisia where the lost 3-0 to Stade Gabesien to exit the 2016 Confederation Cup.
With the match headed for a 1-1 draw, Chibambo fired a cracker past goalkeeper Afick Zulu.
After a barren first half, Elvis Kataya lobbed Nakambala goalkeeper Moses Mapulanga in the 63rd minute.
Tigers suffered a setback when Frank Kiluba was shown a redcard for punching Venacios Mapande in an off the ball incident.
Mapande equalised in the 74th minute after capitalising on Zuluâ€™s lapse.http://epaper.daily-mail.co.zm/

U-17 set to conquer Africa – Fentanes