CHRISTINE CHIHAME, Mansa
A THIRTY-SIX-YEAR-OLD man of Mansa has narrated in the Mansa Local Court how his verbally-abusive wife accused him of defiling their 10-year-old child in an effort to tarnish his image.

Alick Chola told the court when he was testifying against Mary Nyirenda, a teacher by professional and whom he has sued for divorce for defaming him.

Chola also wants to divorce Nyirenda because she is careless in the use of groceries at home, which he said last only for a week when they have budgeted for a month.
The two tied the knot in 2002 and they have two children together. Bride price was paid.
Chola said problems in their marriage started one year after the two got married.
He said his wife does not know how to clean the house and that whenever he knocks off from work, he is welcomed by dirty clothes and dishes littered all over the…..http://epaper.daily-mail.co.zm/ 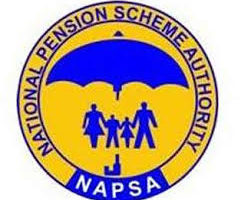