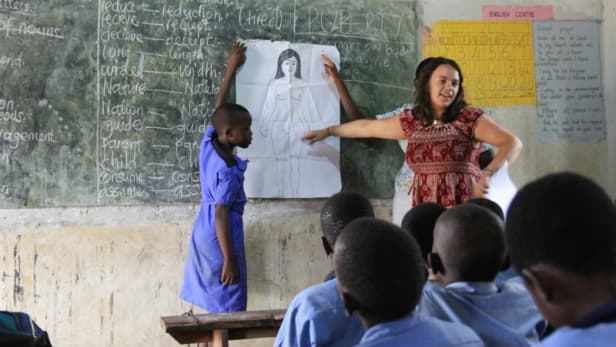 LINDA NYONDO, Kaoma
KALUKUNDWE Basic School head teacher Steven Simenda has commended Government for introducing Comprehensive Sexuality Education (CSE), a subject that has helped to reduce the number of teenage pregnancies.
Mr Simenda said the school is recording a decrease in the number of pupils dropping out of school due to teenage pregnancies and child marriages.
“We used to record five cases of girls dropping out of school on a monthly basis. But we are happy that from the time the subject was introduced in 2017, the cases have reduced,” he said in an interview.
Mr Simenda said the school administration has created awareness among pupils and parents.
He said the school administration decided to extend awareness exercise to the parents because they (parents) thought it was a taboo for teachers to teach their children such a subject.
Mr Simenda, however, said with continued sensitisation, parents and guardians appreciate the subject.
He said the school has also started recording a reduction in the number of pupils dropping out of school or being married off because the parents, who are members of the Parents-Teacher Association, are also talking to their children.
Meanwhile, Mr Simenda has appealed to Government to construct more habitable classroom blocks.
He said the school only has four habitable classes where all the pupils from early childhood to grade 12 learn from.
Mr Simenda said the other structures are grass thatched and it becomes difficult for the school to continue using them during rainy season.
“Our school is located in rural part of Kaoma and it services a large
community. Our appeal is that the Ministry of General Education should consider constructing more classroom blocks so we can accommodate more learners,” he said.
The school administration has, however, come up with a strategy to ensure that all the pupils learn despite having limited number of classes.
Mr Simenda said the school has divided the learning periods into three.
He said the first group of pupils, which comprise those in early childhood to Grade Three report to school in the morning, while the second and third groups report from 10:00 hours up to 14:00 hours and 14:00 hours to 18:00 hours, respectively.
Mr Simenda said teachers have a challenge teaching pupils, especially those who report to school later in the day because lighting becomes a challenge.
“Teaching becomes a challenge, especially as it gets to 18:00 hours. We would appreciate if our school is connected to the national grid,” he said.
He said having the school connected to the national grid will improve the academic performance of pupils because those who come from homes where they cannot afford to buy solar lumps will be able to study from school.

Protect women from cyber bullying
What to know about playful parenting