CHRISTINE CHIHAME, Mansa
A THIRTY-SIX-YEAR-OLD man of Mansa who has been sued for divorce by his wife stunned the court when he said he has a huge appetite for sex which can only be quenched by two women.
Benson Mwape refused to be divorced from his wife of eight years when he appeared before the court but admitted he wants to marry another woman so that the two can quench his huge sexual appetite.
He said this when he was testifying in a case in which Charity Ngosa 31, sued him for divorce. The two tied the knot in 2010 and they have one child together. Bride price was paid.http://epaper.daily-mail.co.zm/ 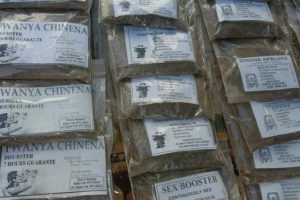