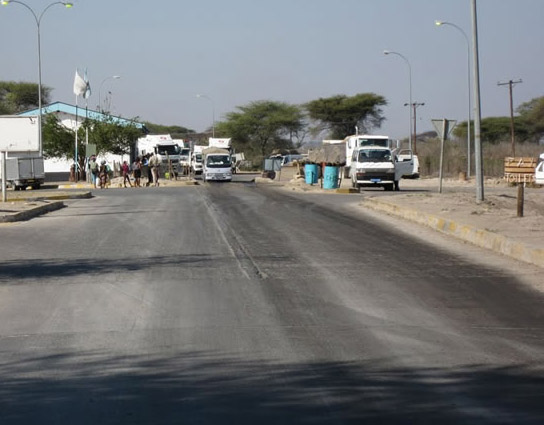 From BENEDICT TEMBO in Kazungula
COMMERCIAL sex workers in Kazungula are tired of their trade and are seeking alternative means of making a living.
The sex workers, who declined to be mentioned, have since appealed to the Road Development Agency (RDA) and other contractors to consider employing them.
Their concerns were brought out on Thursday when some delegates attending a regional exchange meeting in Livingstone paid a courtesy call on them in Kazungula Township.
The sex workers anticipate an influx of people in the border town and demand for their services from migrant workers, traders and truck drivers when over 2,000 workers will be engaged during the construction of the bridge, and at the one-stop border post, some sex workers said it was time to earn an income from dignified sources.
â€œWe anticipate other sex workers to come from within and outside the country which includes Botswana, Namibia and Zimbabwe to offer the service,â€ one of the sex workers said.
Kazungula Corridors of Hope III site manager Agatha Maluza said some sex workers aspire to settle down and have families.
â€œIt is their human right if they want to better their lives and if there is a way society can help, it would be a good thing,â€ Ms Agatha said.
The objective of Corridors of Hope is to provide comprehensive HIV and AIDS prevention services and behaviour and social change interventions, she said.
Kazungula District AIDS Coordination advisor Wendy Muchindu said it would be important to empower sex workers with skills so that they can be used as peer educators.
â€œThey will be able to speak about their experiences to other sex workers,â€ Ms Muchindu said.
The governments of Zambia and Botswana on Friday signed a contract for the construction of a road/rail bridge across the Zambezi River at Kazungula.
The project will be undertaken by Daewoo Engineering and Corporation of South Korea and will be completed in four years.
The signing of the US$161,961,304.84 million contract funded by Japan International Corporation Agency, African Development Bank and the two governments of Zambia and Botswana will improve traffic flow.