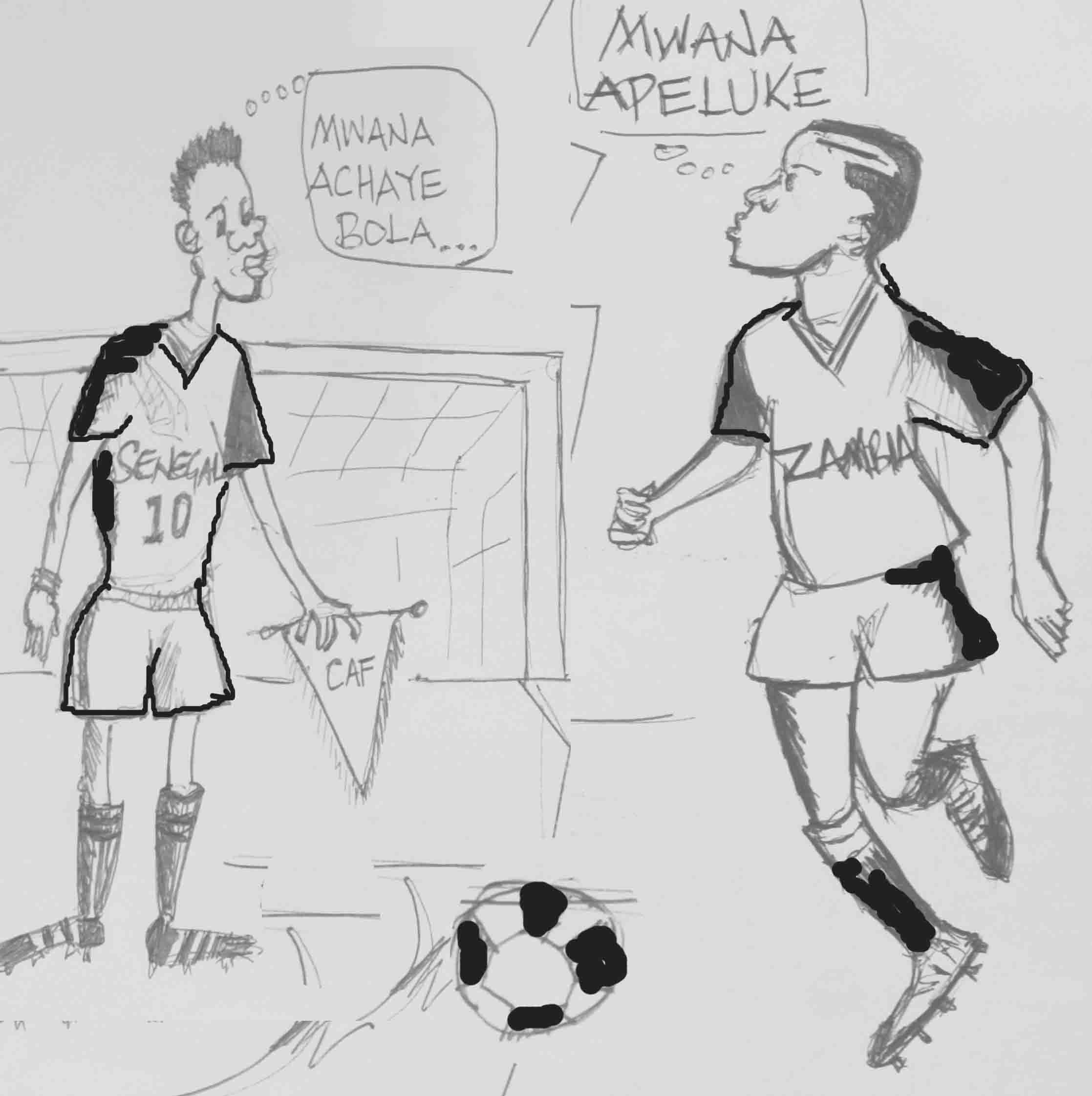 TORN APART with BOYD PHIRI
JUST when I thought that the traditional sex booster called mwana apeluke (let the child swing) peddled in the hood is all there is to the world of voodoo, some Senegal Under-20 national team players introduced their own herb called mwana achaye bola (let the child play football).
Donâ€™t ask me about the translation in French, the official language of Senegal.
If you watched the Africa Under-20 Cup of Nations final between Zambia and Senegal at National Heroes Stadium in Lusaka last Sunday, you would know what I am talking about.
Well, there is nothing wrong with children playing with roots, but the problem comes when they start testing the potency of the tubers to assist them to win a football match.
This is exactly what happened at National Heroes Stadium when some Senegal under-20 players attempted to turn Mangani Bandaâ€™s goalmouth into a fetish shrine.
Call it juju-tapping, but I am sure Senegal players were better off doing wiretapping.
Trust me, even witches and wizards in the hood were awestruck at the naivety of some Senegal players who displayed juju in front of more than 50,000 soccer fans in the stadium, including those who were watching the game on television at home last Sunday.
Had it not been for the courage of one of our players to throw the charm outside the pitch, sorcerers in the hood would have petitioned Concoction and Football (CAF) for Senegal playersâ€™ invasion of their air space.
But the consolation to the witches and wizards, including witch doctors in the hood is that juju practised by children, especially in soccer, is not as potent as that of mwana apeluke meant to secure some menâ€™s conjugal rights in the hood.
Of course, not all Senegalese under-20 players were involved in the juju drama. Perhaps this is the reason why their goalkeeper conceded two goals to render his strikersâ€™ charms powerless.
But you donâ€™t need to take the mwana achaye bola concoction yourself during the next under-20 World Cup tournament in South Korea to ensure that our boys stay strong in front of goal.
Obviously, juju transported on a plane from Senegal to a foreign land where there is mwana apeluke canâ€™t be potent even if a player wittingly tries to throw it in Mangani Bandaâ€™s goalmouth.
Quote me correctly, I am not saying that the Zambia under-20 goal-minder uses mwana apeluke to be strong in goal.
Our goalkeeper has marvelous skill, which is why he received the boy-of-the-match, oh sorry, man-of-the-match award after some Senegal strikers desperately tried to confuse him with their own mwana achaye bola concoction.
Truth is, Senegal under-20 players should all feel sad because they just wasted their energy trying to prove the potency of mwana achaye bola. As a result, they were not strong in front of goal and didnâ€™t score any goal.
Asked about the juju incident, Senegal coach Joseph Koto said he did not see anything thrown in the pitch by his players, perhaps he needed a fetish priestâ€™s mirror for him to see the object.
However, he acknowledged that Africa should stop believing in superstition because it does not work in football, not even in netball and nsolo.
But one would ask; how is he going to keep tabs on all his players to ensure that they donâ€™t throw juju in USA, Saudi Arabia and Equadorâ€™s goalmouth?
If you didnâ€™t know, these are the teams Senegal will meet in Group F at the Under-20 World Cup in South Korea in May. Of course, there is no way they can throw juju in the goalmouth of these teams unless they turn USA players into white deities.
Many Zambian soccer fans believed Senegal player Ibrahima Ndiaye deserved a red card for throwing juju in Bandaâ€™s goalmouth, but apparently the referee thought there was no witch doctor to prove the case.
Of course, the Burundian referee does not know anyone in the Traditional Health Practitioners Association of Zambia (THPAZ) and Zambia National Council of Ngâ€™angas.
If the referee knew anyone in these organisations, he was going to consult them like he did with his assistant referees each time the two teams committed fouls against each other.
Ndiayeâ€™s juju exploit on the pitch was so glaring that witches and wizards in the hood are now training budding sorcerers by showing them highlights of the incident.
Who said sorcerers donâ€™t need tutorials? In fact, students in this field are now being encouraged to google Ndiaye to download their lessons.
Of course, the consequences of not doing well in practical lessons can be regrettable as Senegal players came to realise last Sunday.
Truth be told, children are children, whether under-5 or under-20. There is always a likelihood of some of them getting instructions wrong until a fetish priest reminds them that a certain type of juju is meant to be soaked in bath water and not throwing it on the pitch.
I guess some Senegal players forgot instructions from their fetish priest to put the juju in bath water and decided to throw the roots in the football pitch instead.
It is obvious that even those who hawk the sex booster mwana apeluke in the hood would be shy to associate a child with their product because of the embarrassment Senegalâ€™s mwana achaye bola concoction has caused to the voodoo world.
bjboydphiri@yahoo.com