KALONDE NYATI, Lusaka
ZAMBIA has increased its export of seeds to Angola by 10-fold as the country solidifies its trade relations with that country.
The seeds are mostly grain and legumes.
In an interview last week, Zambia’s Ambassador to Angola, Lawrence Chalungumana, said a total of US$2 million was recorded from export of seeds and other agro products.
“Seed exports accounted the largest chunk of about 5,000 tonnes from 500 recorded last year.
“Zambia has increased its seed exports as well as other agro products. This year, Zambia has exported maize, beans, sorghum and soya beans to Angola http://epaper.daily-mail.co.zm/ 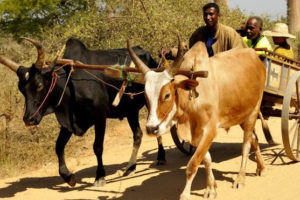