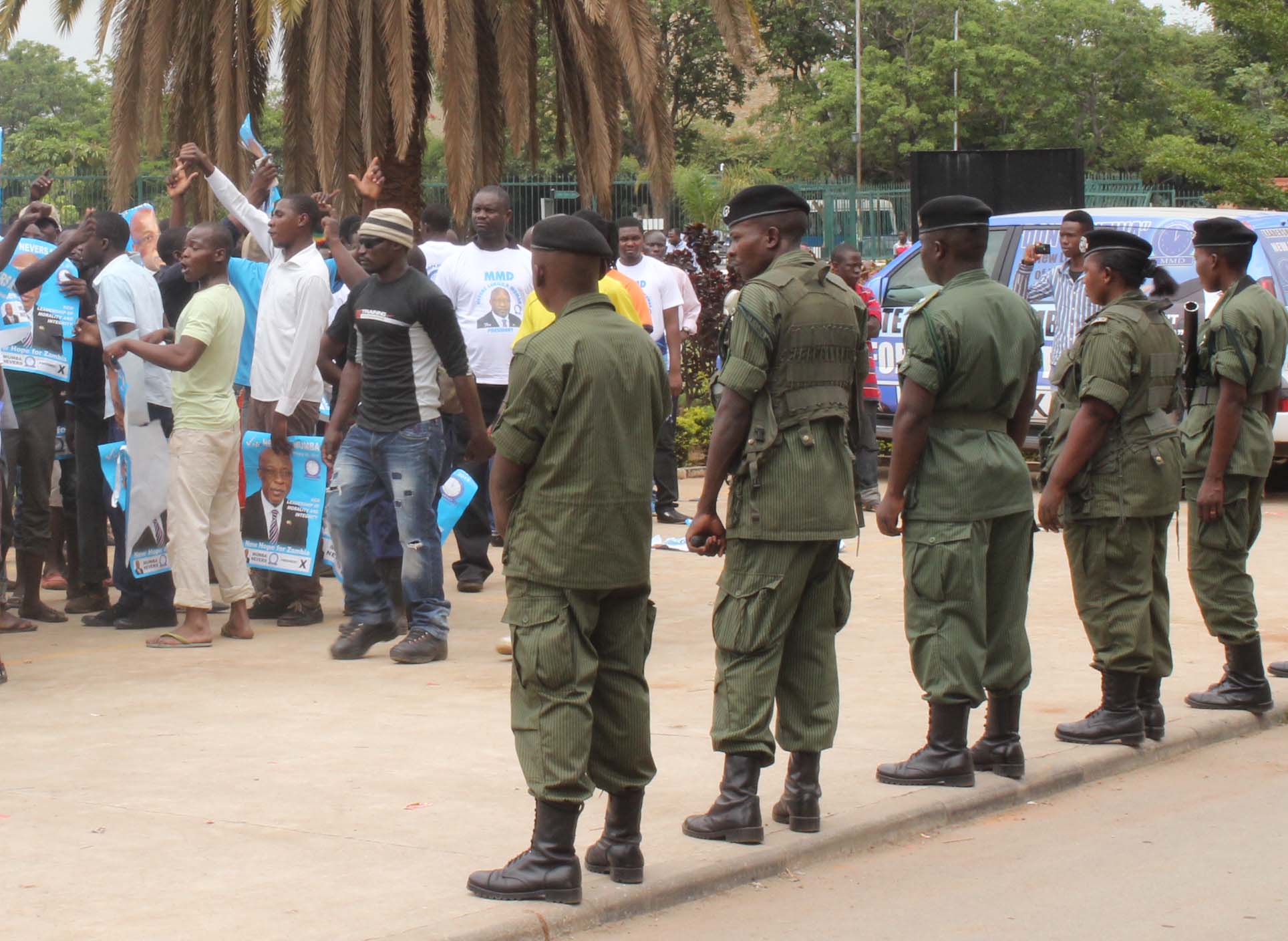 NKOMBO KACHEMBA, Kitwe
MINISTER of Home Affairs Davies Mwila says Government has bought equipment worth US$192 million for use by law enforcement agents during the forthcoming general elections.
Mr Mwila said Government has engaged Poly Technologies, a Chinese firm, to supply anti-riot gear, motor vehicles, ammunitions, motorbikes and other equipment needed during the elections.
â€œAs a ministry, we are preparing ourselves adequately for the forthcoming general elections, and we have procured assorted equipment to help us during the elections,â€ he said.
Mr Mwila was speaking in Mufulira on Saturday when he paid a courtesy call on Mufulira district commissioner Zakeyo Kamanga, before proceeding to Mufulira State Prison to inspect the facility.
He said Government has also bought vehicles worth US$43 million for the Drug Enforcement Commission (DEC), Zambia Prisons Service (ZPS) and Zambia Police service to mitigate transport challenges that officers face in executing their duties.
He also said 180 motorbikes have also been bought and distributed to police posts in rural areas.
Earlier, Mr Kamanga appealed to Mr Mwila to consider buying vehicles for police officers in the district and to also address the problem of accommodation for the ZPS, Zambia Police and DEC officers.
Meanwhile, Mr Mwila has said Government has transformed prisons from being punitive centres to correctional facilities where inmates will be taught various skills for them to become responsible citizens after serving their jail terms.
â€œWe have inmates that are now going to school and learning different skills such as tailoring and carpentry. We want these people to have a life once they leave prison,â€ he said.
Mr Mwila also visited Kamfinsa State Prison in Kitwe and Kansenshi State Prison in Ndola where he expressed concern over the poor sanitary conditions and water challenges at the facilities.
Mr Mwila was accompanied by commissioner of prisons for correction and extension services Tobias Mwanza, ZPS Copperbelt regional commander George Sikaonga and police officers.