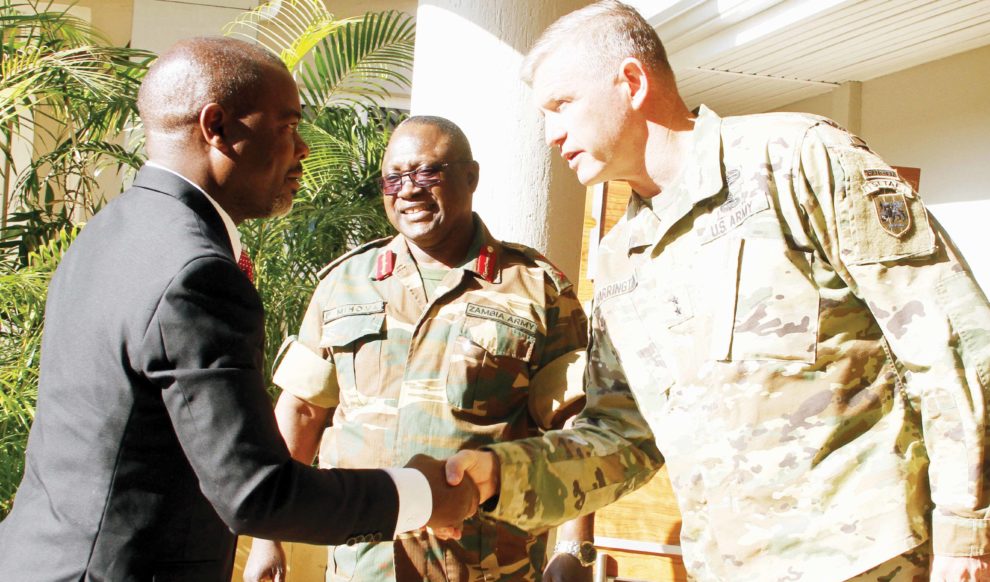 collective efforts in addressing them.
Mr Mwale says with the current changing trends in security, it is important that members of the defence forces in the Southern Africa Development Communities (SADC) countries often interact and deliberate security matters.
Mr Mwale was speaking yesterday when he officially opened the SADC defence force commanders conference sponsored by the United States (US) African command through the American embassy.
“The SADC region has been known to be a haven of peace. It is, however, necessary not to take this peace for granted but as a region to remain vigilant and a united front with open minds in facing upcoming threats to security,” Mr Mwale said.
He commended the US government for its tireless efforts in ensuring that the world is being moulded into a better place for all.
“We as Zambia and the defence forces in particular greatly appreciate this initiative and we shall always endeavour to support peace and security efforts in our quest to ensure a peaceful region,” he said.
Mr Mwale said the seminar will help the defence chiefs to identify and plan how to counter any threats to security in the region.
And United States of America commanding general Joseph Harrington said regional security co-operation is cardinal for maintaining peace.
Major-General Harrington said he will use the seminar to explore ways and means of countering new security threats to the nations in the SADC region.
“This meeting is a win to the region and we will continue with such interactions,” the American General said.
Zambia Army commander Paul Mihova hoped to formulate ways and strategies of countering emerging security threats such as cyber wars and terrorism.
Lieutenant-General Mihova said the seminar will deepen co-operation among the security chiefs of the SADC region.