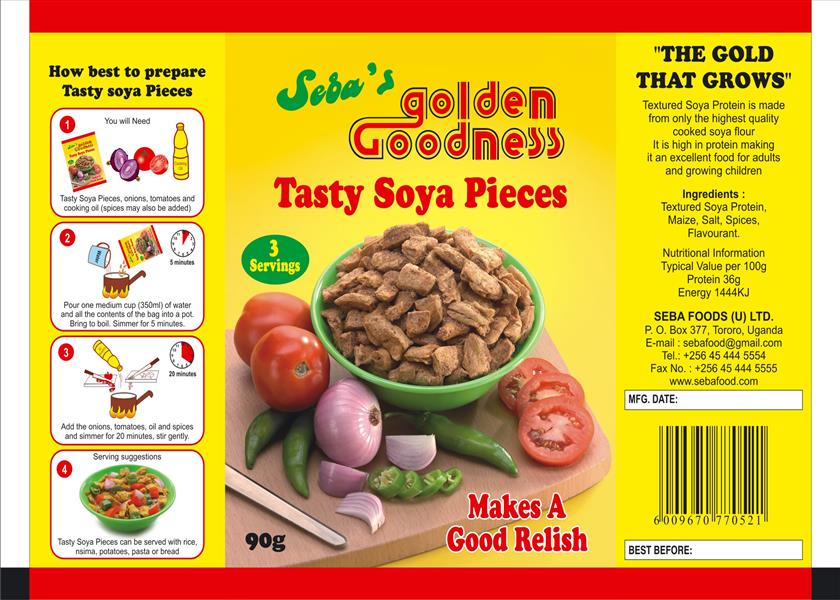 TRYNESS TEMBO, Lusaka
SEBA Foods Zambia Limited has set aside about US$4 million for the expansion of the business and the introduction of new products this year.
The company was registered in Zambia 20 years ago and a renowned producer of maize and soya-based consumer food products such as Golden Goodness and Seba’s Instant Thobwa.

Seba Foods Zambia Limited managing director Ram Ray Vijayvargiya said the company intends to introduce two new products made from soyabeans on the market this year. The company currently employs over 90 locals.
Mr Vijayvargiya said in an interview on Tuesday that the company is also providing capacity building trainings, input and financial support to some small-scale farmers to increase their knowledge on soya beans production.
Mr Vijayvargiya also said the company has invested US$2 million in the construction of a 16,000 tonnes storage facility which will be completed by next harvesting season which will be used by farmers.
Under the out grower scheme, he said the company supported 2,500 smallholder farmers in the 2016/17 farming season under the Zambia National Farmer Union Lima Scheme and targets to increase it to 12,000 farmers next season.