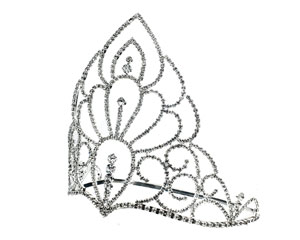 By MAPALO LUPUPA
THE search for contestants for the prestigious Miss Pageant Zambia 2014 crown has started and the auditions were scheduled to simultaneously take place yesterday at Lusakaâ€™s Golden Bridge Hotel and Ozark Springs Lodge in Ndola.
In its third season, the pageant has combined the Copperbelt and Lusaka provinces and it is expected to attract appearances from all the 10 provinces of Zambia starting next year.
The pageant has partnered with Prime TV in Lusaka and Muvi TV on the Copperbelt so as to accord viewers an opportunity to know the participants before the grand finale.
The grand finale is slated for November 29 in Lusaka.
Apart from fashion and modelling, the pageant also advocates good health among young women and children, eradication of cervical cancer and lobbies empowerment of young women.
According to a statement released to WEEKEND MAIL, the pageant will be staged under the theme â€œEnding Early Marriages in Zambia.â€
â€œThis theme was picked because this issue has affected 40 percent of girls nationwide,â€ said national coordinator Lee Sokoni.
â€œItâ€™s a gross human rights violation which is a serious threat to young girlsâ€™ health and their future prospects as it puts them at risks of violence, poverty, and HIV and AIDS.
â€œIt also comes with complications related to pregnancy and child birth which are the main cause of death among 15 to 19-year-old girls,â€ Sokoni added.
The pageant is being sponsored by Prime TV, Muvi TV, Pan African Radio, Lusaka Hotel, Combination Brands and Printers, Manchurian Enterprises and Californian Beverages.