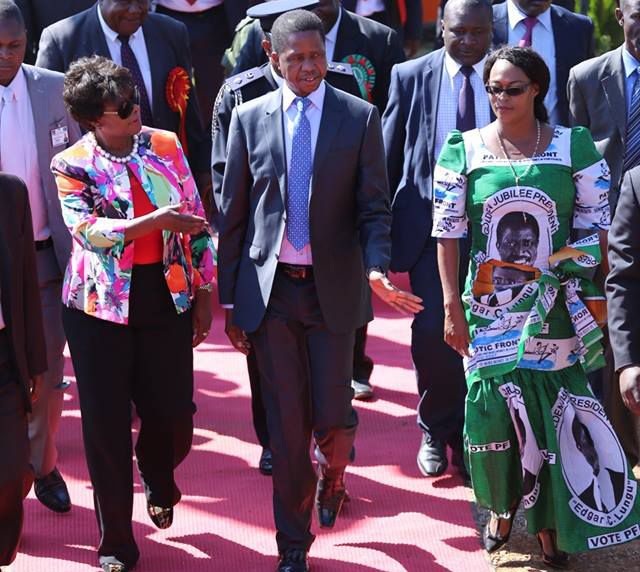 CHRISTINE CHISHA, Lusaka
THE Patriotic Front (PF) is saddened and shocked by former vice-president Guy Scottâ€™s disparaging remarks against the party and its leadership.
PF deputy secretary general Mumbi Phiri said yesterday that the party leadership will, however, not be distracted by Dr Scott questioning the relationship between the PF and former President Rupiah Banda.
Speaking to journalists at Kenneth Kaunda International Airport in Lusaka, Mrs Phiri said PF is aware that Dr Scott is being used by enemies of President Lungu.
â€œThere are no benefits or favours in the friendship between President Edgar Lungu and Rupiah Banda.Â  Dr Scott and his allies should let President Lungu concentrate on working for the nation,â€ Mrs Phiri said.
She said the party will not allow being disturbed by people who do not mean well but will forge ahead to grow bigger.
Dr Scott was recently quoted in the media questioning the relationship between President Lungu and former President Banda.

Elephant kills US researcher
Sataâ€™s vision must live on – Lungu