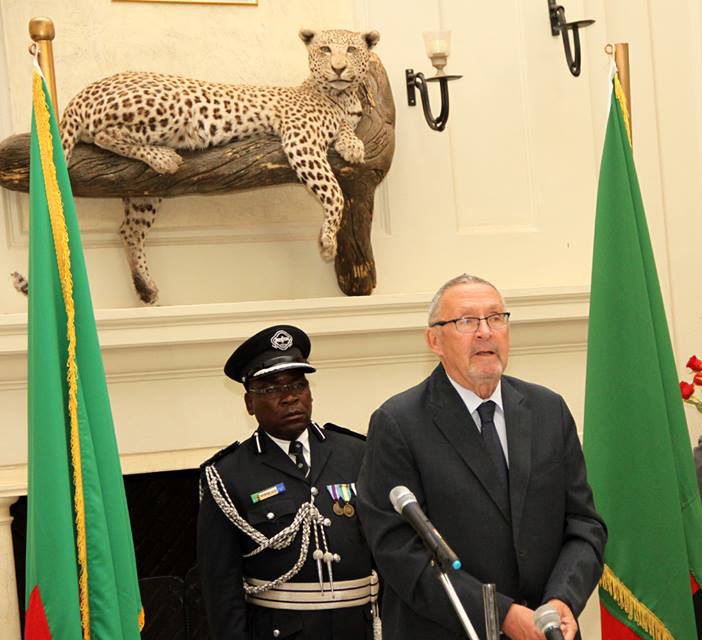 LINDA NYONDO, Lusaka
ACTING President Guy Scott has called on the losers of todayâ€™s presidential election to concede defeat.
Addressing the nation prior to todayâ€™s election, Dr Scott said there can only be one winner, and hence there will be 10 candidates who will face disappointment.
â€œI appeal to all those losing candidates, whoever they turn out to be, to demonstrate their commitment to democracy by accepting their defeat, however painful that might be,â€ he said.
Dr Scott said any instance of post-election violence will be dealt with firmly by the Zambia Police and advised political parties and their campaigners to stay away from polling stations and voters.
He said that people must be allowed to cast their vote in peace and privacy.
Dr Scott warned that any group representing themselves as militias or security wings who involve themselves in violence will be arrested and charged.
He also cautioned people promoting such groups that they risk being arrested.
Dr Scott said Zambians must vote with integrity and sincerity for the candidate they believe will do the best job.
â€œIt is vital that every voter is able to cast their ballot without influence, coercion, bribery or intimidation,â€ he said.
Dr Scott said Zambia has greatly honoured the noble right to vote and that people must demonstrate to the world that they value and honour the principles of democracy.
He called on politicians to avoid premature claims of victory and wait for the returning officer to pronounce the final results.
Dr Scott thanked senior officials, political colleagues and Zambians who supported him during the time he acted as President of Zambia.
â€œTheir integrity, patriotism and professionalism gives me another reason to be proud of Zambia,â€ he said.