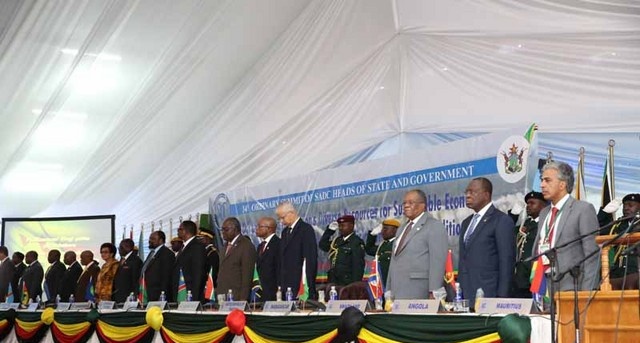 From EMELDA MWITWA in Victoria Falls, Zimbabwe
VICE-PRESIDENT Guy Scott is one of the regional leaders expected for theÂ  34th Southern African Development Community (SADC) Heads of State and Government Summit here today.
Dr Scott will arrive in time for the official opening of the summit at the Elephant Hills Resort where Zimbabwean President Robert Mugabe will assume the chairmanship of the regional body.
According to the programme released here, incoming SADC chairperson Peter Mutharika, the newly-elected President of Malawi will give a maiden speech during the opening ceremony and so will his Madagascan counterpart Hery Rajaonarimampianina.
President Mugabe, who during his one year tenure as chairperson will promote economic integration with a bias on natural resource beneficiation and value addition, will give an acceptance speech which both local and international media are keenly waiting for.
Other regional leaders expected at the summit are presidents of the Democratic Republic of Congo Joseph Kabila, Namibiaâ€™s outgoingÂ  leader Hifikepunye Pohamba, Jacob Zuma of South Africa, Mozambiqueâ€˜s Armando Guebuza, Tanzania Jakaya Kikwete, Seychelles James Alix Michel and Botswana strongman General Ian Khama.