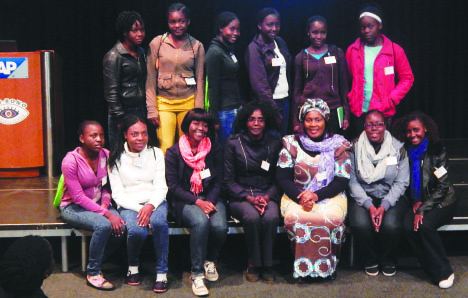 CHILDREN’S CORNER with PANIC CHILUFYA
NEWS of nine girls from various rural secondary schools in Zambia in Johannesburg, South Africa attending a one-week science exposition aimed at introducing them to science-career advancement opportunities is a positive step in the empowerment of our young girls.
This programme also sets our girls up for leadership and decision-making roles that were previously the preserve of men.
The girls drawn from Luapula, Central, Western, Northern and Southern provinces joined 10 others from Zimbabwe and 11 from South Africa.
Press Secretary at the High Commission of Zambia in South Africa, Nicky Shabolyo in a statement said the expo dubbed Science, Technology, Engineering and Mathematics Expo (or STEM Expo) under the theme Decoding STEM Careersâ€™ andÂ  organised by Taungana Africa.
Taungana Africa founder, Sandra Tererai said the event was meant to provide high school girls from rural disadvantaged communities with a world-class opportunity to access and explore the fields of Science, Technology, Engineering and Mathematics.
In line with the SADC Protocol on Science, Technology and Innovation, Taungana was a regionally-integrated approach to tackling the socio-economic and gender hindrances to STEM involvement for rural high school girls in sub-Saharan Africa with an initial focus on Southern Africa.
This is an exciting initiative because very often, other than family; the educational system is the main vehicles that reinforces gender stereotyping by assigning roles for girls and boys in society.
Gender stereotyping in most societies for which Zambia is not an exception, encourage boys to study â€˜hardâ€™ subjects like maths and sciences, which girls perceive to be difficult thereby reinforcing the girlsâ€™ sense of inadequacy and vulnerability.
From an early age most girls are socialised to accept the belief of male supremacy and patriarchy leaving them vulnerable to various forms of discriminatory practices. Sadly because of this socialisation, most women then reinforce and pass this behaviour to their daughters; and the cycle continues.
The 1995 Beijing Platform for Action recognises the importance of combating gender role stereotyping. And it therefore, is encouraging to note that our government is deliberately trying to reverse this trend and by combating discrimination against girls and women.
Fortunately, measures have been implemented and notably, the establishment of technical girlsâ€™ schools throughout the country to offer the science subjects to intellectually-gifted girls who are capable of giving their male counterparts a run for their money. Until the recent past, the only few technical high schools available only catered for boys.
Such commendable initiatives like the construction of technical high schools for girls and STEM are meant to equip our girls with social, cultural and economic support to enable them develop a sense of self-worth and value. These girls serve to mentor and encourage those coming behind.
First Secretary for Education at the Zambian High Commission in South Africa, Ms Emmerentiana Bweupe, said the expo was a rare initiative in that it had been designed in a way that most girls had feared to venture into.
She was optimistic that the initiative will go a long way in contributing to the development of Africa because it focused on fields which were critical if communities were to attain meaningful advancement.
She commended the 30 girls for making it through to the final stage of the selection process and that they were privileged because such opportunities do not come easily.
â€œThere are several other girls out there who would have loved to be part of this. You were targeted and carefully selected so that you could come and get real-life exposure to STEM careers from high fliers in South African science and technology-based firms. That should make you even more resolved to ensure that you learn and take away something from here which you can go back and utilise to help in the improvement of life in your respective communities.â€
She urged the girls to ensure that they interact and establish life-long relations â€œso that in the next 10 years or so, we will hear that, among you, there are engineers, pilots, technicians, technologists, and other such fields. Take this as a stepping stone, the beginning of bigger things in your lives.â€
She said there were several girls in rural areas who were not only keen to pursue science and technology-based subjects but were also endowed with abundant capabilities to handle STEM subjects but it was regrettable that such girls were not privileged to be able to explore and put their capabilities to use.
That is why it is important to encourage our girls from an early age to have self belief and worth.Â  It offers them a new and better way of looking at life from an informed position and try to emulate the role models they most admire.
Remember, children are our future, until next week, take care.
pchilufya@daily-mail.co.zm;
gender@daily-mail.co.zm. 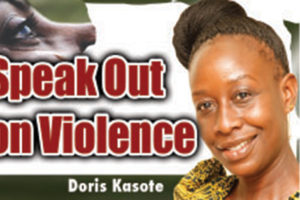