Speak Out on Violence: DORIS KASOTE
I HAD an opportunity to chat with a man who told me his experience of how much he was sexually harassed by his female boss.
I found it to be rare that a man could be comfortable to speak about being a victim because most men rarely speak out.
However, I received feedback from both men and women on their experiences of sexual harassment.
Below are some of the reactions:
Dear Doris,
Sexual harassment is common but as you said in your write-up, we have in a way embraced it. I have been a victim of sexual harassment by my previous boss. He would promise to promote me if I succumbed to his advances. I am a married woman and did not even tell my husband what I was going through because I thought the problem would go away sooner than later.
Being my boss, I tried to politely tell him that I was married and could not have an affair but the man could not back off. His response was that my husband would never know. He further suggested that what makes me so comfortable that my husband was not having an affair. Upon realising that the whole thing was going nowhere, I was suddenly labelled as an incompetent employee. He wrote to the Human Resources Department that he did not want to work with me because I was a lazy employee.
I knew where the hatred was coming from and I suffered alone while my fellow staff believed my boss that I was an incompetent worker. I hated being at the office such that I ended up looking for a job elsewhere.
Madam X,
Lusaka.
Another one writes:
I have heard stories of sexual harassment especially by male workmates towards their female counterparts. I am a secretary by profession but I have been hesitant to move from my current employers because I have a good boss. I worked closely with him and of all the years I have worked with him, I have never had a problem because he respects me and I do, too.
I have received offers in other institutions but when I think of that aspect, it makes me stay in my current organisation knowing that I have a peace of mind.
Rhoda,
Kitwe.
Hello Doris,
I have been sexually harassed before and when I reported to my superiors, I was told I was old enough to deal with such matters instead of getting the whole institution involved.
Where are victims of sexual harassment expected to run to?
Depressed.
As I said in my write-up last week, victims of sexual harassment should not be viewed as bringing such abuse upon themselves. Victims should be assisted and not turned away.
Until next week,
Let’s keep in touch,
dkasote@daily-mail.co.zm 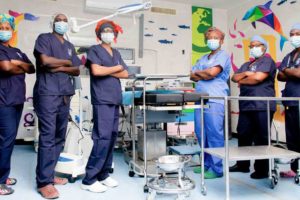 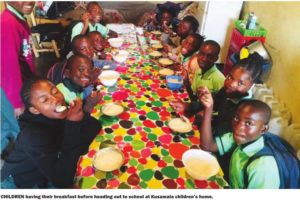