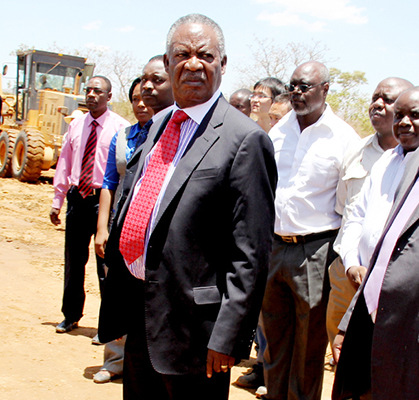 PEOPLE from all walks of life have paid glowing tribute to late President Sata.
Kenyan President Uhuru Kenyatta says he has learnt with great sorrow the death of Mr Sata.
â€œOn behalf of Government and people of Kenya and on my own behalf, I wish to express our deepest condolences to the family and friends of the late President Sata and to the people of Zambia,â€ Mr Kenyatta said in a statement yesterday.
He described President Sata as an exceptional leader who was gifted with unique, admirable abilities and strong values.
â€œWe share the pain of this loss. We mourn with our Zambian brothers and sisters on the passing of another Africaâ€™s great independence era leaders. Our prayers are with the people of Zambia at this moment of national grief,â€Mr Kenyatta said.
He saidÂ  Mr Sataâ€™s perseverance and determination saw him pursue his vision for Zambia.
British High Commissioner to Zambia James Thornton says he has learnt with great sadness the death of Mr Sata.
Mr Thornton said in a statement yesterday that Mr Sata was a man who cared deeply about the people of Zambia and about the countryâ€™s development.
He said Mr Sataâ€™s Government was particularly active in promoting the rights of women and girls.
And US Ambassador designate to Zambia Eric Schultz says he is saddened by the death of Mr Sata, adding that he had a passion for advancing development.
Mr Schultz said in a statement in Lusaka yesterday that the US will remain committed to Zambia in this time of mourning and will continue to work closely with the Zambian government.
Mr Schultz urged Zambians to remain peaceful and conduct a constitutional transition.
Veteran politician Vernon Mwaanga has urged the country to unite and put political differences aside in order to give President Sata a decent state funeral which he deserved, before getting back to the constitutional requirement to elect a new president within the next 90 days.
Mr Mwaanga said the nation should mourn in a respectful and dignified manner and honour President Sata.
Zambia Congress of Trade Unions (ZCTU) secretary general Roy Mwaba has called on all Zambians to unite and mourn the death of President Sata with and dignity.
Mr Mwaba said during a press briefing yesterday that the labour movement is shocked to hear of the death of the president.
Mr Mwaba noted that the late president worked tirelessly to bring development to the people of Zambia.
Gender and Child Development Minister Inonge Wina says the death of President Sata is devastating not only to the Patriotic Front (PF) but to the nation as a whole.
Ms Wina, who is also PF chairperson has since described the late President as a gallant fighter for the rights of the poor, especially women and children.
And some traditional leaders have joined the country in mourning the demise of President Sata.
Chief Madzimawe said it is unfortunate that the nation can lose three leaders in Levy Mwanawasa, Frederick Chiluba and President Sata in less than seven years.
Meanwhile, ChiefÂ  Sipatunyana of Kalomo said President Sata will be remembered for creating the Ministry of Chiefs and Traditional Affairs that is mandated to address the plight of chiefs
And North-Western Development Council of Elders Chairperson Lucas Chikoti has described the death of President Sata as painful, reports Buttyson Kandimba.
Mr Chikoti said in an interview yesterday that the people of North-Western Province have learnt the death of President Sata with great sorrow and described it as painful.
JIMMY CHIBUYE, CAROLINE KALOMBE, KELVIN CHONGO, ARTHUR MWANSA, CHOMBA MUSIKA, NANCY SIAME
LUSAKA, CHOMA